Planners can work with caterers to choose the most sustainable seafood

A few years back, I was lucky enough to spend time on southern Turkey’s glorious Mediterranean shores. It came as a shock to learn that almost all wild-caught fish in its markets and restaurants came from the Black Sea, hundreds of miles away. More recently, on a trip along the scenic Balkan coast and to the Greek island of Corfu, fish farms were a common sight in the Ionian and Adriatic Seas, while wild fish were exorbitantly expensive.

In hindsight, I don’t know why any of this should have surprised me. The world’s appetite for seafood—central to traditional cuisines and as healthier alternatives to other meat proteins—grows by the year, and reached a record high in 2019. We are eating more aquatic foods than ever—about 44.5 lbs. per capita in 2020—more than double our consumption rate 50 years ago, according to the latest report from the United Nations Food and Agriculture Organization.

At the same time, wild fish stocks in most areas of the world continue to plummet. World Wildlife Fund offers these sobering stats:

A Matter of Food Security

Some nations are especially sketchy actors, er, fishers. A late September investigative article by The New York Times tracked how the Chinese, in particular, have created huge fleets of fishing vessels that roam international waters just outside protected fishing grounds of Ecuador’s eco-sensitive Galapagos Islands and, indeed, the entire Pacific coast of South America, serviced by “mother ships” with vast cold storage capacities that allow the fishing to continue day after day without pause.

Read More: Sustainability, Regenerative Tourism and Getting Back to Business in Atlantic City

Governments are beginning to frame the issue in terms of national food security. This summer the Biden Administration issued a national security memorandum pledging to heighten monitoring of the fishing industry, and the U.S. Coast Guard sent patrol ships to the South Pacific.

Little wonder, then, that aquaculture is booming. But like on dry land, there is farming, and then there is farming. Industrial-scale fish farming quickly gained its own bad reputation, not only for toxins in its products due to unhealthy fish feed or overcrowded conditions, but also damage to marine environments and even human exploitation—Thai tenant farmers being kicked off their land and forced to work under terrible conditions on teeming shrimp farms, for example.

Part of the Solution

This is where the meeting professional’s due diligence comes in. Now, I’m not suggesting you have the time or bandwidth to ferret out precisely where all your caterers’ seafood comes from. Ideally, that would include name of fishing boat and method of catch for wild fish—line caught or with nets that minimize unwanted by-catch, not “long lines” with hundreds, if not thousands, of hooks or, worse, dredge nets that scour up everything on the seafloor—and sustainability and labor practices for farmed aquatic food.

Read More: “Scuba Diving Without Going to the Sea”

But you can definitely be conversant with the best options for seafood. Monterey Bay Aquarium’s frequently updated Seafood Watch suggests the optimal—and worst—choices by region. The Environmental Defense Fund publishes a Seafood Selector that includes both wild and farmed fish.

Here’s a quick cheat sheet based on experts’ review of fish farming.

Arctic char, says the Environmental Defense Fund (EDF), is an “environmentally friendly alternative to farmed salmon.” This member of the salmon family is farmed onshore under controlled conditions, whereas much of farmed salmon is raised in coastal waters. 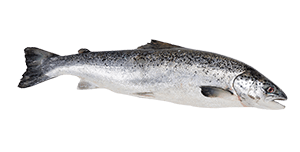 Atlantic salmon from land-based tanks get the EDF’s eco-blessing. It has low risk of spreading disease and escaping into the wild. Look for seafood labels that state “land-based” or “tank-based.” 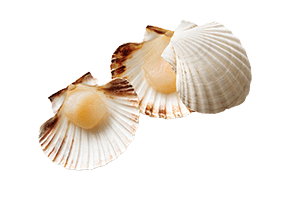 Bay scallops, most of which are farmed in China using suspension nets, do not harm natural habitat. Monterey Bay Aquarium rates them “best” because farming practices do not use antibiotics and feeds. 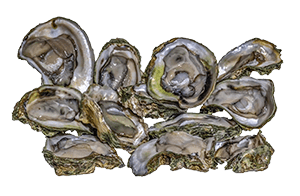 Oysters farmed in the U.S. are typically grown in suspension systems to avoid doing harm to coastal habitat. Harvesting of wild oysters, on the other hand, often involves damaging rakes or dredges. 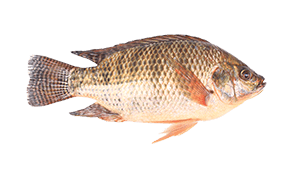 This article appears in the December 2022 issue. You can subscribe to the magazine here.

Diversity, Equity and Inclusion Are Good for Your Meetings (and Business)