Planners should pay heed to what activities attendees are doing—and enjoying. According to Iggy Rodriguez of Kapow Events, the old standby cocktail reception remains immensely popular (duh!), but events that include an interactive element such as sushi-making, competitive gaming or indoor sky diving now have the edge.

Infographics from Kapow, based on its events that entertained 50,000 people in 2014, note that attendees “want to share an experience, not a steak dinner.” Interactive experiences accounted for 33 percent of all events and were also much less expensive than, say, spectator events, which averaged a hefty $312 per attendee. The latter’s cost is understandable, says Rodriguez, as it generally involved major sports teams or national headlining tours. “For example, in Chicago we see that hockey is a very coveted event because the Blackhawks are a very popular, winning team,” he says. “Monday or Thursday night NFL games are always very popular!” 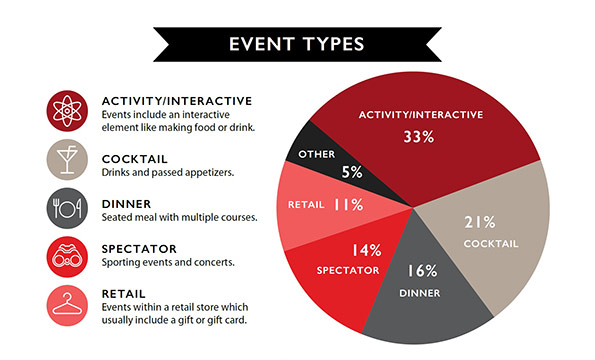 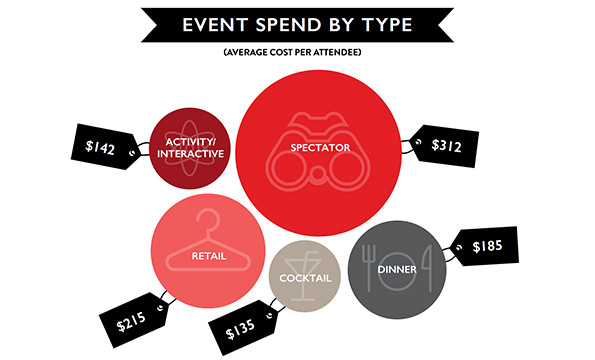 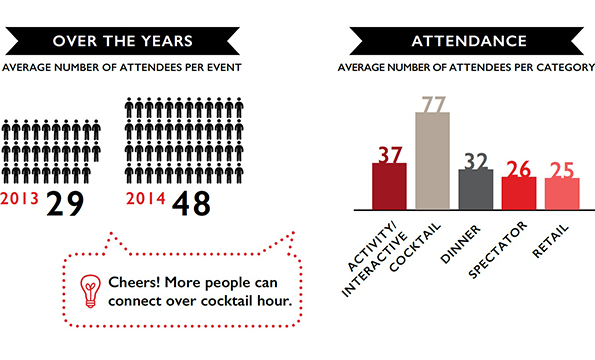