U.S. airline recovery is going to be a bumpy ride

This summer, U.S. airlines tested the patience and breaking points of travelers and meeting professionals across the country.

A dependable network of flights across the country and the world is the backbone to getting attendees to events fresh and ready to participate.

“The entire travel industry is committed to improving the traveler experience,” said Geoff Freeman, president and CEO of U.S. Travel Association. “We simply can’t grow if we provide the traveler with a reason to stay home.”

Last-minute cancellations and long delays (on and off the tarmac) saw flyers making last-minute hotel arrangements and losing precious business days in the process. What can be done to return the industry to a more customer service-focused mindset and restore certainty to the business travel experience? Let’s start with the political backlash.

U.S. Department of Transportation Secretary Pete Buttigieg sent “a strongly worded letter” to airlines asking them to man up and give consumers refunds and money for food and accommodations when flights are canceled. In the letter, citing a cancelation of 3.2% of flights and a delay of 24% percent of domestic flights in the first six months of the year, Buttigieg wrote, “These are missed birthday parties, graduations, time with loved ones and important meetings.”

He also announced a new dashboard where flyers could find “easy-to-read, comparative summary information” on what each of the large U.S. airlines would offer to passengers when delays or cancellations are caused by factors within the airline’s control.

“When passengers do experience cancelations and delays, they deserve clear and transparent information on the services that your airline will provide, to address the expenses and inconveniences resulting from these disruptions,” Buttigieg wrote.

“The Department asks that airlines, at a minimum, provide meal vouchers for delays of 3 hours or more and lodging accommodations for passengers who must wait overnight at an airport because of disruptions within the carrier’s control. Regardless of the cause of the delays or cancelations, the Department expects airlines to provide timely and responsive customer service during and after periods of flight disruptions,” he said in the letter. 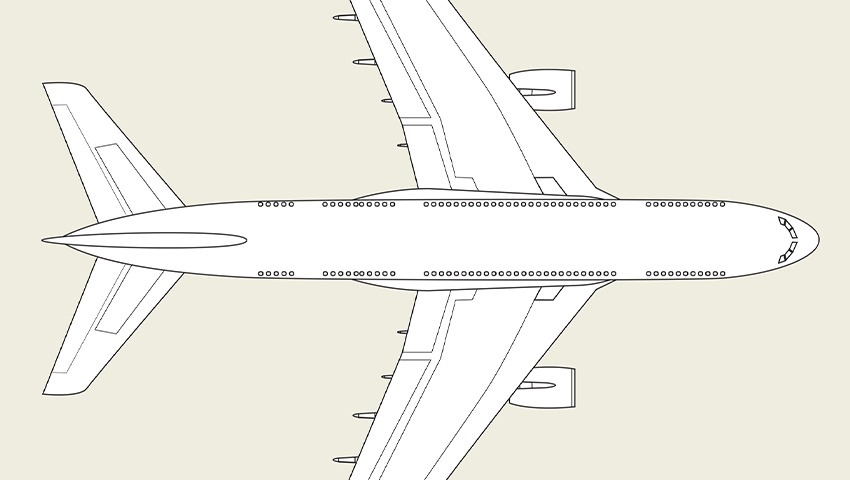 Also this summer, as airline chaos continued, Sens. Elizabeth Warren of Massachusetts and Alex Padilla of California wrote to Secretary Buttigieg on July 26 saying “Americans are spending far more money for a substandard travel experience—and sometimes to not fly at all.

In the face of these challenges, the Department of Transportation has the authority to take meaningful actions to hold airlines accountable for avoidable delays and cancellations and stem the tide of airline consolidation. By utilizing its existing licensing and rulemaking authority, the department can improve experiences for travelers and help bring down exorbitant ticket prices driven in part by anticompetitive mergers.”

The letter points out that “some delays are inevitable, but consistently delaying flights for reasons within an airline’s control is an unfair and deceptive practice…. The Department has the authority to tackle this problem by issuing a rule…that imposes fines on airlines for the delays they cause.”

The letter went on to say that the recently announced merger of JetBlue and Spirit (which would create the fourth largest airline in the United States) was likely to result in higher fares, less competition and a dampened experience for flyers. It asked the DOT to step in and look at how consolidation is affecting consumers and will likely continue to do so.

Finally, at the end of a summer of bumpy rides, on Aug. 31, over 30 U.S. Attorney Generals wrote to Nancy Pelosi, Chuck Schumer, Kevin McCarthy and Mitch McConnell saying that, “The airline industry has failed their customers.”

“Over the past couple of years, our offices have received thousands of complaints from outraged airline passengers about airline customer service—including about systematic failures to provide required credits to those who lost travel opportunities during the pandemic. The Colorado Attorney General’s Office, for example, received more consumer complaints about Frontier Airlines than any other company in 2020,” the statement read.

The letter went on to critique the unique immunity the airlines have from state lawsuits—a law that means the DOT must regulate domestic airlines and oversee consumer protections.

“Unfortunately,” it said, “the agency has thus far failed to respond and to provide appropriate resources in those cases. Americans are justifiably frustrated that federal government agencies charged with overseeing airline consumer protection are unable or unwilling to hold the airline industry accountable and to swiftly investigate complaints submitted to the US DOT.”

The AGs then pointed out that increasing consolidation also hurts consumers by offering a smaller competitive base from which to choose.

It ended with a plea for other outside agencies (the Department of Justice, for instance, or the Federal Trade Commission) to step in and take a part in overseeing airline accountability.

Calls for a Stick

Are all these “strongly worded letters” doing any good?

William J. McGee, senior fellow for aviation, American Economic Liberties Project, says, “Absolutely not. [Buttigieg] has greater authority than he is using both on the issue of fighting for consumer refunds and flight cancellations. We’ve never seen a summer like this one in terms of sheer number of delays and cancellations.”

McGee clarifies, “We know he’s met with the airlines. We know he’s talked with them. But he needs to do more. They’ve not responded to the carrot. Now it’s time for the stick.”

McGee added, “What he’s done is simply not enough and quite frankly It’s naive to suggest that they’ll do something voluntarily. They won’t.”

McGee says Buttigieg’s “stick” includes “the power to impose penalties on the airlines,” something the Secretary has shied away from pursuing up to now.

“Overwhelmingly the problems are the airlines’ faults,” McGee explains. “It’s about shortage of pilots. We gave them $54 billion, with one caveat. Make sure you keep your staffing up. They found a loophole. They encouraged early retirements, so now there’s a shortage of pilots.”

“We’ve never seen a summer like this one in terms of sheer number of delays and cancellations.”

“Buttigieg has the power to force them to open their books. Why are they canceling flights? The airlines are taking money for flights they are canceling. Why are you you booking flights that you can’t operate? People should not be finding out on the way to the airport that their flights are cancelled.”

McGee says, “The airline industry and its trade group is not acknowledging what the real problem is. There will always be weather. It is on the airlines and they aren’t being truthful about the causes. For the airlines to blame this on air traffic control and weather is disingenuous.”

McGee says that Buttigieg and other politicos’ “strong words” are largely ineffectual. “If you’re an airline CEO, you’re not afraid of the DOT or Secretary Buttigieg. Why would I be concerned?”

McGee blamed part of the problem on unchecked consolidation. “The airlines are arrogant, they act with impunity. And it’s largely because of consolidation. We’ve never had so few airlines in the U.S. as we do now. American, Delta, United and Southwest control 85 percent of the US market. It’s unprecedented.”

“They are harmful for consumers,” he says. American Economic Liberties Project is also trying to do away with “federal preemption” which means you can’t sue an airline in state courts.

“This preemption needs to go,” he says. “We are surprised to see now that the airlines are even angering Fortune 500 companies who use them for business travel in a recovering economy. They are not treating them right.”

McGee urges, “Let’s do something constructive. We’re going to act on this and build support. A lot of people are upset about this.”

While consumer advocates cite airlines’ responsibility in the midst of a more than wobbly recovery period this summer, the airline industry’s association, Airlines for America (A4A), has been quick to point out a rapid recovery and a rush to ensure reliable service.

Marli Collier, spokesperson for Airlines for America, says, “A4A carriers strive to provide the highest level of customer service and are working diligently to ensure travelers have a safe, seamless and positive travel experience. As our nation emerges from the pandemic, industries across the economy, as well as the federal government, are facing a range of challenges—including a tight labor market and increased absenteeism.”

She explains that from the airlines’ perspective, “The rebound in demand for air travel has been rapid—quicker than most industry experts and analysts ever predicted—and carriers are working aggressively to meet this demand.

“Carriers proactively reduced their summer capacity by 16% to improve operational reliability and have been adjusting their fall schedules. Flight schedules for September and October are down by 15% compared to pre-pandemic levels, and carriers are reducing September flights by 5% compared to what was planned at the start of the summer. Airlines set their schedules months in advance and are constantly evaluating to optimize performance and prioritize smooth operations.

“Carriers have also launched aggressive hiring campaigns, and these efforts have been highly effective. In June, U.S. employment for passenger and cargo airlines reached an all-time high of more than 767,000 employees, and A4A passenger carriers (Alaska, American, Delta, Hawaiian, JetBlue, Southwest and United) were staffed with 10% more pilots per block-hour compared to pre-pandemic.”

Collier added that to put delays and cancellations in context, “It is important to recognize that 61% of the cancelations for the first six months of 2022 were caused by weather and control of the National Airspace System (NAS) collectively.

U.S. Travel Association’s Freeman was optimistic. “As demonstrated by our advancement of programs like TSA PreCheck and Global Entry, we will think creatively to remove the frictions that travelers confront.”

Then he added his own context. “While less than 3% of flights are canceled, we know that travelers count on our industry to do better. To further reduce cancellations and delays, U.S. Travel supports increasing the mandatory retirement age for pilots to ease the workforce shortage. We have more than 1.5 million job openings across the leisure and hospitality industry and it’s going to require new thinking to solve this problem.”

David Slotnick, senior aviation business reporter for The Points Guy, agrees with McGee that “it was a remarkable summer because of how up in the air things were, how unpredictable.”

He is optimistic, however, that last summer’s turbulence “has definitely improved. We are still seeing cancelations when there’s a thunderstorm or bad weather, but the kind of staffing-related disruptions have begun to self-regulate.”

Slotnick explains that from his perspective the airlines are trimming capacity now, “in a more disciplined way.”

“What they are doing now is they’ve pulled a lot of flights. They now have more airplanes available and more crew members, creating more slack in the system and adding a bit of a butter, more like what we normally see. They [the airlines] learned how important that is.”

Although Slotnick is optimistic, he warns that the process of restaffing is not cut and dried. “It takes years for a pilot to be certified and months for pilots to get up to speed with a particular airline,” he says. “It’s a slow, laborious task. Even with airlines offering the highest pilot salaries ever. None of that changes the fact that they have to do the training.”

Slotnick’s view of the future for air travelers: “Either prices will be higher or air travel will be less reliable,” he predicts.

This article appears in the October 2022 issue. You can subscribe to the magazine here.