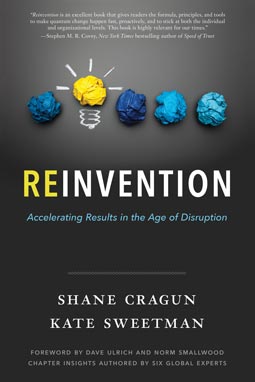 Kate Sweetman and Shane Cragun believe we are living in the age of disruption—a time where the status quo is mercilessly challenged and the world is accelerating. As founding partners of SweetmanCragun, a Boston-based global management consulting, training and coaching firm, the couple has helped multinational corporations and Fortune 500 executives around the world manage organizational change. They maintain that in order to survive and thrive in today’s mercurial business climate, firms must commit to a regular process of reinvention.

“The ability to pivot quickly, profoundly and effectively might be the most important core competency for individuals and organizations who hope to prosper in the new economy,” Cragun says. In their recently released book, Reinvention: Accelerating Results in the Age of Disruption (Greenleaf Book Group Press, July 2016), Sweetman and Cragun offer advice and support for organizations and individuals facing radical change. 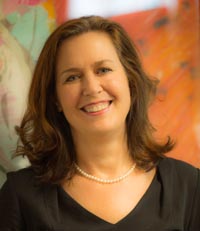 Be Proactive Rather Than Reactive

The authors are emphatic that when it comes to change, firms should be proactive rather than reactive. In their book, they showcase how many once-popular companies (e.g., Blockbuster Video, BlackBerry and RadioShack) slipped into irrelevance or became obsolete due to their inability to quickly adapt to a fast-changing external business environment. They also demonstrate how other companies (e.g., Disney, Apple) are successful precisely because of their ability to embrace change and reinvent themselves.

“It’s no longer enough to change when you have to. Leaders must change before they have to, and they must enable their organization to surf the incoming global shockwaves with intelligence, agility, strength and command,” they write. “The right approach to dealing with incoming change is to change before you have to, versus change because you have to.” They believe the firms that will be most successful in the coming age will be those unafraid to face and embrace global change. 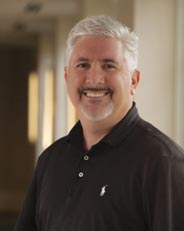 For years, management consultants have been preaching about the need for companies to be flexible surrounding change. The authors note that after Japanese carmakers brought global competition to America in the 1980s, the buzzword used by management experts was “change.” In the 1990s that was replaced with the word “re-engineer,” and in the 2000s it evolved to “transformation.” Sweetman and Cragun suggest that the new buzzword for the foreseeable future is “reinvention.”

Whatever you call it, organizational change is not new and many thought-leaders have written about it. Sweetman and Cragun acknowledge that, but believe what makes their book different is that they address the topic from multiple angles.

“Ours is the only business book that describes a powerful yet basic formula for quantum and rapid change that works equally well for both individuals and organizations,” they say, noting that their reinvention solution can be applied at individual, team, organization and societal levels.

Sweetman and Cragun discuss global shockwaves, which they identify as core events or inventions that have irrevocably altered the business environment since 1981. Divided into five categories, they include economic, geopolitical and technological factors—the latter of which comprises 40 percent of the 20 transformational shockwaves they categorize.

The authors believe that the companies most likely to survive and thrive in the tumultuous business climate of the future are those that prepare for the shockwaves.

“While we can’t yet predict when or how the next global shockwave will manifest itself, one thing is certain: Shockwaves will hit. And you and your organization do not want to be left isolated in the breakdown lane on the global highway watching the competition pass you by at superior speeds because they out-prepared you,” they write.

The authors identify six deadly blindfolds that business leaders don—citing them as the fundamental cause of failure. They introduce a Judo-oriented metaphor that describes the four different ways individuals and organizations can respond to disruptive change, and provide a formula and road map that they maintain will create results. Each chapter ends with commentary from a global business expert who summarizes the key points and shares insight as to how the lesson(s) personally resonate.

“The authors do a great job of outlining the challenges and possibilities we all face in the 21st-century global economy,” says Judith Gordon, chairperson of the management and organization department of Carroll School of Management at Boston College. “Using a variety of examples, they make a strong case to quickly and nimbly adapt or face failure and extinction.”

Business owners and individuals who don’t want to be left in the dust will appreciate this guide. As entrepreneur Elon Musk, a highly successful businessman and architect of Tesla Motors, said, “Some people don’t like change, but you need to embrace change if the alternative is disaster.”

The Mutual Benefits of Planning with a Unionized Property

As with many Monday holidays, most appreciate Labor Day for shortening the work week. However, with the chaotic state of staffing in the hospitality industry, the 140th year of celebrating labor unions merits a second look. Unionized hotels provide the stability and training that hospitality workers are seeking—they could be part of the solution to […]

5 Ways to Create an Unforgettable Event