Every industry has its own distinct flavor, as any meeting planner can tell you. A human resources convention does not have the same feeling as a motorcycle trade show, and you are not likely to confuse a gathering of milk farmers with a boardroom full of bankers. But the technology industry—with its roots in Silicon Valley—might have the most unique culture of all.

For example, consider Dreamforce, the flagship convention for San Francisco-based Salesforce, a cloud software firm. “Last year, we hosted 25 Buddhist monks from Plum Village [a mindfulness center based in France founded by Zen master Thich Nhat Hanh],” says Catherine Simmons, the vice president of strategic events for Salesforce who oversees the planning of Dreamforce. “That plays into our theme of personal empowerment, to be able to give our customers the ability to meditate, to take a breath. To engage in a completely nontech experience at a tech conference is a big deal.”

As much as the Dreamforce convention is, well, unconventional, it is also an unbridled success. The event consistently sells out its capacity of 171,000 attendees, and recent Dreamforce events have featured concerts by U2, Alicia Keys and Lenny Kravitz; a keynote by Michelle Obama; and conversations with celebs such as Ashton Kutcher and Natalie Portman focused on social issues. “We want people to be not just educated at Dreamforce, but inspired,” Simmon says. “We allow them to focus on themselves a bit, and feel not just that they’ve learned about our products, but that they’ve learned about the world and themselves, as well.”

Even for experienced planners, it can be daunting to conceive and execute a program to achieve such lofty goals, much less satisfy the needs of attendees who are used to daily workplace perks such as free lunches, chair massages and napping pods. This is an audience for whom buzzwords such as “innovation” and “cutting-edge” are borderline cliches.

“With tech attendees, it’s all about making sure that you’re capturing people’s attention for longer than five seconds,” says Hillary Smith, partner at Koncept Events, a Fort Lauderdale, Florida-based destination management company that has planned meetings for a variety of tech firms, including Facebook, Apple and SAP. “It’s a delicate balance between how you get them to be stimulated enough with what’s in front of them to be engaged and inspired, and how you get them to look up and talk to people. It’s about helping them network with their peers, while also stimulating them through technology.”

The experts had pointers on how to achieve that delicate event equilibrium.

1. Have Your Tech Together

It might sound obvious, but if you’re going to try to please a crowd of thousands of representatives from the technology industry, you’d better make sure the Wi-Fi doesn’t crash. From a planning perspective, that means testing well in advance to make sure you have stable, high-speed internet access in every guest room, bathroom and conference room, even when every attendee logs on to download a video at the same time. “[Wi-Fi] speed is like oxygen for these people,” Smith says. “We’ve seen too many times that companies haven’t allowed enough time to test the video broadcast, the connectivity and the Wi-Fi—and then they flop in front of their attendees.”

The tech industry is populated with “digital natives,” who are used to using their mobile phones for everything from summoning a car to checking into hotel rooms. This means planners should ensure their event includes well-functioning apps and other digital services. “You want to make it so people can send a text and hear back from the event organizers, rather than having to go stand in line to talk to someone,” Smith says.

Understanding the culture of tech can also inform budget decisions, such as choosing to set up extra charging stations or allowing for grab-and-go meals. “People’s attention span is a hot second,” Smith says. “If you have a long buffet with watered-down iced tea, you lose people.” Planners are challenging hotels to mimic a Starbucks experience, so attendees can grab their hummus, coffee, smoothie and juice before they duck out to check email. That also has an effect on the space you need—so book more room. “You’re not packing these people in theater or classroom style,” she says. 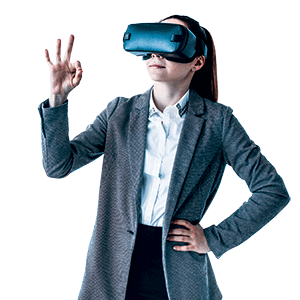 Tech companies tend to be motivated by the buzz factor, and they’ll be scrutinizing their event’s uptake on social media. In a field dominated by the next new thing, it’s important to provide something people haven’t seen before. Companies will spend if the perception from attendees is that they’re working for the industry leader. “Our tech clients have an insatiable hunger for what’s around the corner and how they can get it to their attendees,” Smith says.

Smith’s clients have provided amenities such as an on-site monogramming station, where guests can order inscribed cosmetic bags or socks (“They send you a text you when it’s ready,” Smith says), or a photo booth enabled with Snapchat filters, video and the ability to upload right to Instagram. “I’m hearing whispers about drones inside ballrooms, and hotel spaces that are delivering gifts, meals and content,” Smith says. “We’re seeing vendors using virtual reality as a way to demo their products. Other [nontech] meeting groups we work with just are not there yet.”

To deliver on the need for novelty, planners have to invest time and resources to stay up to speed. Dreamforce planners visit off-site locations to gather ideas: “I took my team to Disneyland to get a sense of how they create these immersive, intentional experiences, and how they move people around the park,” Simmons says. “We’ll look at anything and everything for inspiration.”

While having the latest gizmos can sound good in theory, make sure your client understands the budget requirements. “We’re very transparent from the start,” Smith says. “I’m not interested in wasting anyone’s time or going down a rabbit hole. If I throw out an idea and the client seems to connect with it, I’m the first person to say, ‘That’s $50,000 at a starting point.’ You’ve got to scare people a little to understand where their spend comfort zone is.”

The concept of community is central to the tech world, and a meeting or convention marks the best opportunity for people to meet IRL (in real life). Planners can help clients put together a program that embraces the idea of community, which helps boost interest and connection. Dreamforce is an exemplar: the conference likens itself to a family reunion, and borrows the Hawaiian concept of ohana to describe the sense of oneness and community. The company expands the ohana spirit by live-streaming the event to millions of viewers around the world, and it runs a series of one-day Dreamforce-like events in different markets throughout the year. “They have every element of Dreamforce, but all packaged into one day,” Simmons says.

A compelling theme can make an ordinary technology conference feel like something more meaningful, which in turn can motivate people to look up from their phones and “lean in” to an event. Dreamforce has an overarching theme based upon national parks, with different areas presented as lodges and camps; each day of the program has its own theme, such as equality and personal empowerment.

A theme can make a sales pitch seem like something bigger. For example, when Salesforce released Einstein, an artificial intelligence (AI) product, the company created themed programming around AI at a high level. “We want to place that in a broader conversation around what AI means, not just for Salesforce, but for the rest of the world,” Simmons says. “We created a whole day of AI content that is also based on the fact that we have an AI product.”

Another benefit of a theme is that it gives your vendors and partners something to follow, which in turn creates a sense of cohesion for the event. “We brief our partners on the major themes of Dreamforce every year,” Simmons says. “They’re eager to hear what’s important to us, and we’re increasingly seeing them recreate their own experiences that ladder up to our themes. We’ve seen partners do their own events on ‘equality,’ or hold sessions on innovation and artificial intelligence. This extra layer of programming adds a great benefit for our customers, as well.”

Meeting planners who want to make a splash with the tech crowd should be not just on the ball, but ahead of the ball. That, of course, means planning far in advance. “Right now we’re looking for potential venues right up until the early 2030s, so a good 12 to 14 years ahead,” Simmons says.

Dreamforce’s team also keeps a close watch on contingencies, such as weather, and works closely with hotels and other venues across San Francisco to make sure everything is lined up. “We ink the contracts on all our hotels and venues about two years out, and then as soon as one Dreamforce wraps, we immediately start working on the next year,” she says.

The tech industry has long been known for encouraging risk-taking at levels that other industries do not tolerate. For a meeting planner trying to grab the attention of the always-online generation, it’s better to fail at an attempt to do something bold than to stick with what’s safe and stale. The good news is that risk-taking leads to learning—and because the tech industry is so far ahead of the curve, you’re preparing yourself for the future of other industries’ meetings, as well.

“Take risks,” Smith advises. “We have some clients that are very tech-forward externally, and they want you to believe they’re looking for something new. They’ll send you to the ends of the earth—and then do the exact the same thing they did last year. Don’t be afraid to embrace the change—and trust that your attendees will appreciate it.”

Simmons agrees. “Always try to think differently,” she says. “We challenge all of our teams to be innovative. Just because some of our peers are doing something one way doesn’t mean we have to do things the same. And try new things. If it works, great. If it doesn’t work, move on.”

Smart Meetings spoke with Mona Desai, head of special events at Peerspace, a San Francisco-based peer-to-peer marketplace for venue rentals (think Airbnb for event spaces). Desai helps clients plan meetings, parties and other events—often in unexpected places, such as the lounge of a dental office or a workspace inside a World War II submarine—and she has worked with a wide range of tech firms. Here are a few trends she’s observed.