Dragon lady. Witch. Or worse. Women who take charge often face a lonely, and increasingly alienating, climb to the top. And once there, the success can be bittersweet.

“Women, as compared to men, are less likely to be selected for male gender-typed positions, are more likely to have their performance in such positions devalued and are given fewer opportunities for career advancement,” says New York University psychology professor and researcher Madeline Heilman in describing the scope of her experiments.

Women in power quickly realize that their titles won’t shield them from societal expectations of the mother archetype or from the pervasive—some would say internalized—overly emotional stereotype. Which is a myth, by the way.

Whether you’re CEO, director or a former secretary of state running for president (ahem), women still don’t get taken seriously and are passed over for promotions because of motherhood—whether you’ve had a child or not.

Call it the double bind, the oft-repeated gender-based stereotypes of women versus men in leadership positions.

If you’re a woman in a leadership role, and you dare show any emotion, you’re perceived as irrational or too sensitive. God help you if you cry. If you take on a more masculine attitude, you’re not assertive; you’re aggressive. You’re not decisive; you’re bossy. Just ask Tina Fey and her best-selling book, Bossypants.

Whether you lean in all the way or do more of a nod, the topic is well-worn turf, especially in the female-dominated field of meeting planners. Not only does the double bind affect advancement opportunities for women: It also impacts their bottom line. An American Association of University Women (AAUW) study found that in 2015, women still made 20 percent less than their male counterparts doing the same work.

For meeting planners, the wage gap could be even greater. A Professional Convention Management Association 2014 salary survey found that male planners earned an average $102,222 while female planners got $72,880—that’s nearly a 30 percent difference.

The AAUW study predicts that pay equity won’t be attained until 2152—a milestone that won’t be achieved even in our grandchildren’s lifetime. 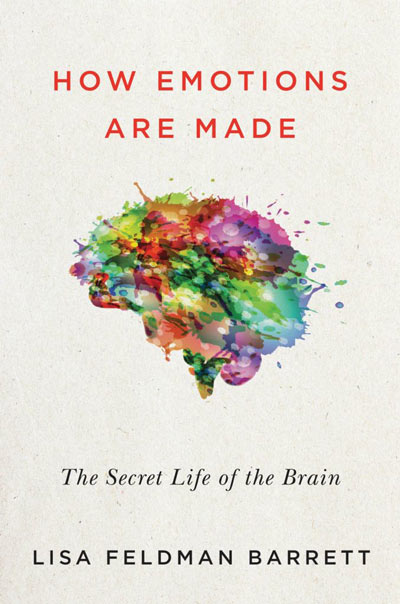 In the meantime, psychologist and Northeastern University professor Lisa Feldman Barrett —whose book, How Emotions Are Made: The Secret Life of the Brain, debuted March 7—says there are things that you could be doing right now to fight gender stereotypes and be successful in any industry.

Here are her five top tips for how women can get ahead.

Expand your emotion vocabulary: Evidence suggests that the more “emotion” words you know, the more tools your brain has to select the best action in any situation. You’ll also improve your ability to perceive emotions in others, whether it’s in social settings or during high-power negotiations.

Listen a lot: Don’t presume to know the answers. Listen closely to ideas and feedback from co-workers whose judgment you trust, and don’t be too quick to shoot down suggestions that don’t immediately resonate. Foster curiosity in yourself and in those around you.

Dress the part: Most brain activity consists of millions of predictions about what will happen in the next moment. Your choice of clothing unconsciously influences the predictions that others make about you, which influences the way they treat you.

Cultivate anger as a negotiation tool: It’s OK to lose your cool sometimes to get your way. Men do it all the time. This tip has a cost, however. A woman who gets angry might be viewed as a bitch. But don’t worry too much because you’ll have lots of company, namely every female CEO at some time in their careers.

Attend to your body budget: Your brain’s most important responsibility is meeting the energy needs of your body. Help it do its job by getting enough sleep, eating healthfully and exercising regularly. There’s no substitute.

“I think these tips hold for women in any field that is competitive, based on performance, where interpersonal communication and influence is required,” Barrett says.

As a leading neuroscientist, Barrett knows what it’s like to be the only woman in the room. Her experience, plus her research into the science of emotion at the intersection of psychology and biology, has proven that the notion of the “emotional woman” is a total lie that we not only keep telling ourselves, but also keep teaching to our children.

As Barrett says in Cosmopolitan, “All women have to deal with this crap.”

A Good Conversation Can Shift the Direction of Change Forever