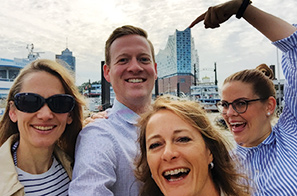 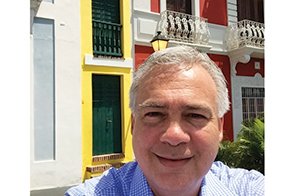 Do you know where you can find the narrowest house in the Americas? This hidden gem stands just two stories high and is as little as 5 feet wide. You can easily spread your arms and touch both walls at the same time. It is painted in a bright, tropical yellow and hosts a small museum with great views of our magnificent bay. You can find this and many more gems, from grand Spanish Colonial fortresses and peaceful plazas to salsa dancing in alleyways and dining al fresco on centenary old cobblestone streets. My Old San Juan boasts an array of hidden and not-so-hidden gems to discover on your own or in a group. Bring your bucket list and be part of my experience. Escape the conventional.
–Milton Segarra, president and CEO 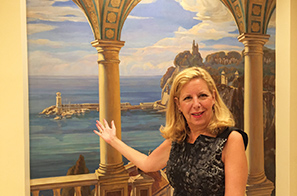 Here I am in the Principality of Monaco. Did you know that Crepe Suzette was born here? Legend has it that in 1896 chef Henri Charpentier of the Cafe de Paris had the idea of serving crepes with Grand Marnier and orange juice to the future King of England, Edward VII. Inadvertently, the crepes caught fire. He served them to the prince, who found them delicious and decided to give them the name of his young guest: Suzette. You, too, can enjoy this delectable dessert at the Cafe de Paris on the Casino Square. This historic cafe and brasserie is a fantastic venue for a memorable evening delegates will be sure to cherish.
–Cindy Hoddeson, North American director 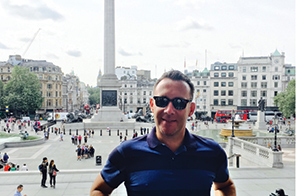 London offers the best cultural experiences in the world, according to 90 percent of American visitors to the capital. For meetings planners, the city provides fantastic cultural venues that are sure to impress. The National Gallery, from where this picture is taken, offers incredible views of Trafalgar Square and Nelson’s Column, and has a variety of event spaces for hire that will suit any planner’s needs, from conferences in the modern Sainsbury wing to a dinner alongside some of the world’s most iconic works of art. This year, London also welcomes two major museum openings that will feature great event spaces: Switch House, the long-awaited Tate Modern extension, and the Design Museum in its new West London Home.
–Chris FJ Lynn, vice president of business tourism for North America and emerging markets 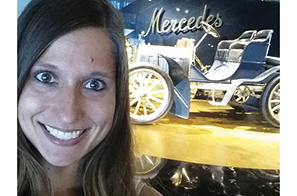 Stuttgart—charming meeting metropolis in Southwest Germany and gateway to the Black Forest—is not called the automotive city for nothing. It was here, over 125 years ago, that the very first automobile was built by Gottlieb Daimler. You can still follow the routes back to this time in the Mercedes-Benz Museum, which is unique in this world. Take a journey through a fascinating automotive history, back to where it all starts and on into the future. By entering the museum, you can already feel the inventive and passionate spirit that spreads across the whole destination. The futuristic Mercedes-Benz Museum offers great meeting options, so you easily can combine your meeting with a great automotive experience you will not find anywhere else.
–Angelina Kochmann, marketing assistant 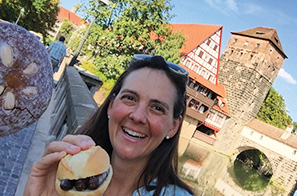 I can’t get enough of Nuremberg—and I am pretty sure visitors will feel the same way once they have found their way to our medieval gem. It’s not just about our great delicacies such as gingerbread or the most famous fast food in town—three Nuremberg sausages in a bun. It is the mix: Nuremberg is a place of charm and history, but also of culture and high quality of life. I love to stroll around the cozy taverns, the charming squares with historical houses and the culinary scene—especially in summertime. This is my favorite spot: the Weinstadl, the former wine depot. Nowadays it’s used by the universities as dormitories. Can you think of a better place to live during your studies?
–Martina Weber, sales director 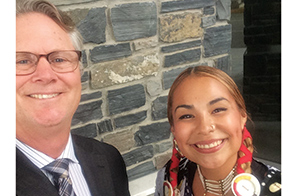 Our destination’s strength is its people! Our First Nation’s oral traditions make its members some of the best storytellers in the world. This is pure gold for our visitors. This First Nations jingle dancer was welcoming delegates to the official opening of the World Indigenous Business Forum at the Whitecap Dakota Sioux Casino near Saskatoon, Saskatchewan, Canada. Do you think she impressed the international delegates?
–Todd Brandt, president and CEO 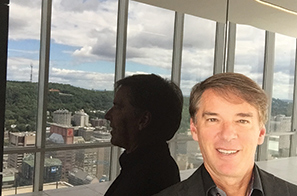 In the heart of downtown Montreal, where the underground city began, stands Au Sommet Place Ville Marie, a brand-new 360-degree observatory offering breathtaking views of Montreal. Observe landmarks such as Saint Lawrence River, Mount Royal, Saint Joseph Oratory and the Olympic Stadium. Immerse yourself in Montreal’s culture through an interactive exhibition and enjoy drinks and selfies on the rooftop terrace. Whether for a cocktail or banquet, this magnificent space is perfect for your special events. Join us to celebrate Montreal’s 375th anniversary in 2017. We are cooking up exciting events throughout the year. The celebrations will highlight the city’s effervescent and energetic character its sharp, curious and open mind, and its teeming imagination, festive spirit and entrepreneurial soul.
–Yves Lalumiere, president and general director 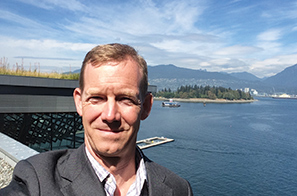 Visitors are always impressed with Vancouver’s award-winning and “green” convention center—in fact, Vancouver was recently named top convention city in Canada and second in North America by the Watkins Research Group, as well as the No. 1 destination for superior convention center facilities, among other accolades. Here I am on the roof of the Vancouver Convention Centre West Building, with spectacular views of Coal Harbour and the North Shore Mountains in the backdrop. The 6-acre living roof—the largest in Canada and the largest non-industrial living roof in North America—features more than 400,000 indigenous plants and grasses and is home to beehives with European honeybees. It is truly a natural oasis in the middle of the city that never ceases to amaze and inspire visiting delegates and tourists.
–Ty Speer, president and CEO

Mexico is a “live it to believe it” nation, and Ixtapa-Zihuatanejo, or Zihau, as we call this little Mexican town in Guerrero, is a treasure in the Pacific. As illustrated by the picture, I want there to be several of me, so I can be here and other Mexican places!
–Ana Camarena, promotion manager 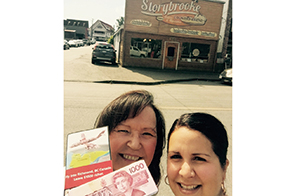 Did you know that the fictional town of Storybrooke, Maine, in the hit ABC-TV series Once Upon a Time is actually the historic fishing village of Steveston in Richmond, British Columbia, Canada? With its enchanting historic buildings and scenic settings, fans of the show flock to see Storybrooke for themselves. With the show’s popularity, visitors come from around the world to experience this magical village and one of British Columbia’s most popular tourist destinations. Richmond is your gateway to Western Canada, with the Vancouver International Airport in our backyard. With 23 major hotel brands, attendees can experience activities and adventures such as whale watching and winery tours, and relive Olympic experiences at the Richmond Olympic Oval. Richmond is an affordable, enjoyable, safe city, ideal for conferences of up to 1,000 delegates. The land of fairytales begins in Richmond, B.C., Canada!
–Deidre DeVico, director of sales 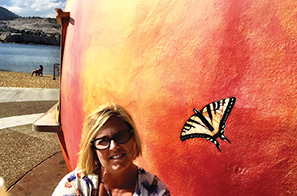 Some say Penticton is about the peaches and beaches, but beyond the two sparkling lakes that connect our eclectic walkable city, Penticton invites our guests to enjoy the endless bounty of the South Okanagan. This is the space that inspires you to dream big and to find your passion and pursue it. With breath taking vineyard views and world renowned wineries that you can discover by bike, car or helicopter, the terroir of this land will have your guests wowed. With craft breweries, distilleries and a creative food scene, Penticton will keep your visitors excited for the next food adventure that’s around every corner. Whether it’s a kayak wine tour, a glimpse of the future NHL stars through our Penticton Vee’s hockey team, or a top musical act performing at our South Okanagan Event Centre, there’s something for everyone here. Okanagan First Nations say “Penticton means a place to stay forever.” We invite you to find out why.
–Kelly Hopkins, marketing and events manager