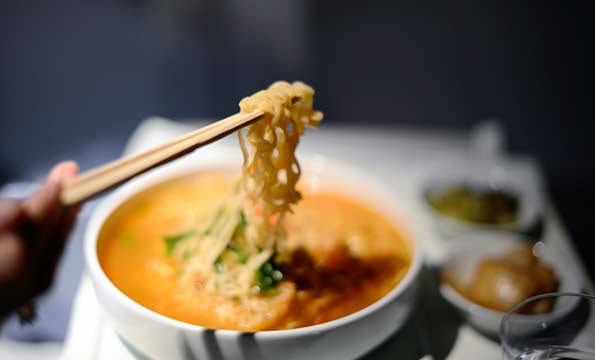 Thai Airways recently was selected as the top economy class caterer in a passenger survey conducted by Skytrax.

The survey, which was completed by 18.85 million passengers, was done as part of the World Airlines Awards, an independent, impartial global program. Many airlines have made major improvements in food options recently, with processed meals giving way to more healthy, delicious and specialized offerings, and this is reflected in the top five in the Best Economy Class Catering category. The top airlines were, in descending order:

1. Thai Airways: It offers not only outstanding Thai dishes, but also international fare.

The World Airline Awards began in 1999, when Skytrax launched its first global, airline passenger satisfaction survey. In 2000, the survey attracted a 2.2 million passenger responses, which have grown annually.