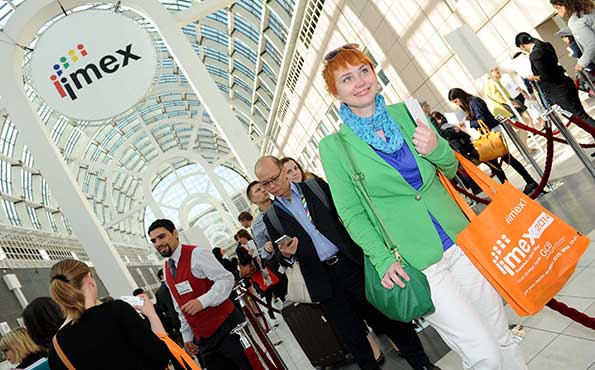 One of the biggest industry meetings on the annual calendar is IMEX in Frankfurt, and organizers have released preliminary details of the 2015 event, taking place May 19-21 at the Messe Frankfurt convention and exhibit hall.

Of note this year:

Several new features will augment IMEX Frankfurt’s educational program, including Creative Thursday at the Inspiration Hub, which will offer “thought-provoking sessions.” In addition, two new session formats will be tailored to Young Professionals, for anyone relatively new to the industry, and Senior Planners. New pre-show sessions on Tuesday and Wednesday cover Business Networking and Building Confidence.

Successful components from previous years will be repeated, such as the IMEX Politicians Forum, Exclusively Corporate@IMEX, and Association Day, held this year at the newly opened Kap Europa, Messe Frankfurt’s new, “green” venue.

Last year’s show attracted more than 14,000 participants, including buyers, exhibitors and other visitors. More than 65,000 appointments were conducted.

In a statement, IMEX Group Chairman Ray Bloom said, “Strong demand from our exhibitors and buyers across the world is a good indication that 2015 will be another year of growth for IMEX in Frankfurt.”