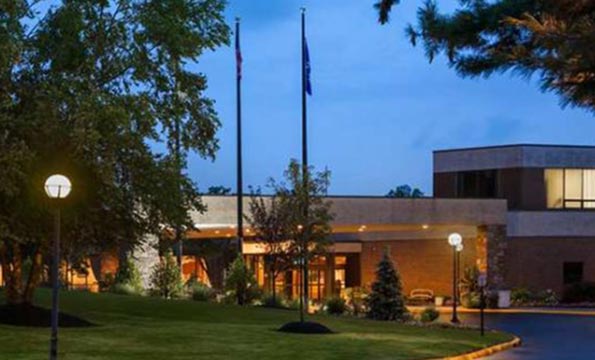 Danny Collins, a new film scheduled for theatrical release on March 20, is set primarily at Hilton Woodcliff Lake in New Jersey. The film, about a musician who turns his life around after discovering a 40-year-old letter written to him by John Lennon, stars Al Pacino, Annette Bening, Jennifer Garner, Bobby Cannavale and Christopher Plummer.

Hilton Hotels & Resorts is organizing a variety of promotional activities in advance of the release. On March 15 Hilton Woodcliff Lake hosted an advance screening at the Ramsey Theater in New Jersey, followed by a Q&A with writer/director Dan Fogelman. Steinway grand pianos, similar to the one featured in the film, will be in the lobbies of The Beverly Hilton, New York Hilton Midtown and Palmer House, A Hilton Hotel, from March 23-29. A Danny Collins-inspired cocktail will be available at all U.S. properties, beginning March 23. And custom notepads will be placed in rooms at 79 key market U.S. hotels. Guests can them to write about what inspires them, take a picture and share it on Twitter using #hiltonstory for a chance to win movie tickets.

“Hilton has a long and rich history in both film and music— in fact John Lennon wrote the lyrics to ‘Imagine’ at Hilton New York Midtown,” says Rob Palleschi, global head, full service brands, Hilton Worldwide. “So we are proud to have partnered with new distribution company, Bleecker Street, in bringing this great story to life. For almost 100 years, Hilton has been setting the stage for our guests to create inspiring new memories and stories in their lives, just as Danny Collins does in this movie.”