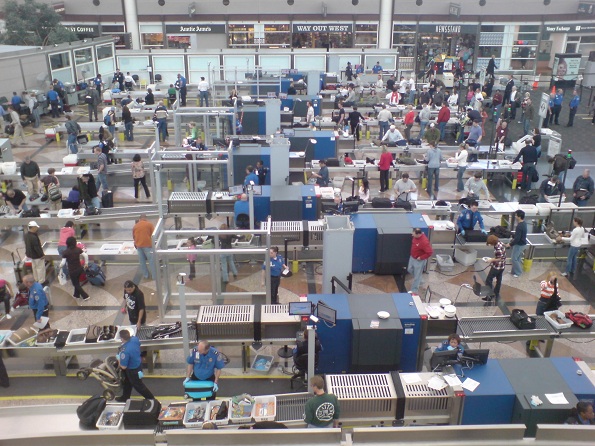 Every year, the Transportation Security Administration (TSA) interacts with more than 650 million travelers passing through airports in the United States, and every year a lot of them try to bring things onto planes that aren’t allowed. Firearms, obviously, accounted for much of the contraband, with 2,212 guns confiscated, 83% of which were loaded. Dallas/Fort Worth International Airport (DFW) holds the dubious honor of having the most guns found at 120, with Hartsfield-Jackson Atlanta (ATL) and Phoenix Sky Harbor (PHX) coming in second and third. A record number of firearms discovered in one day was set on June 4th, 2014, when 18 guns were discovered at airports around the country. This beats the previous record of 13, set in 2013.

Explosives were also a big-ticket item this year. In Los Angeles, a live Mk. II fragmentation grenade was found in a carry-on bag wrapped in duct tape, and in Grand Rapids, a traveler was detained for having 500 grains of black powder. Perhaps he was intending to fight pirates on the high seas. Other explosives found included fireworks, flashbang grenades, inert C4, and more than 700 smoke grenades. One passenger apparently thought it would be funny to bring a novelty alarm clock that resembled a pack of dynamite onto a flight. The TSA was less amused.

While some of the above might be attributed to simple negligence, other passengers deliberately attempted to conceal weapons. Some of the hidden items included credit card knives, belt buckle knives, comb knives, shoe knives, thermos knives and, for a change of pace, swords hidden in walking canes. One knife, with an 8.5-inch blade, was found inside an enchilada, and another was found inside a Scooby-Doo greeting card.

Rounding off the list were enough drugs to make Walter White jealous. 92 pounds of marijuana was found inside a passenger’s bag in Phoenix, while another passenger in San Jose attempted to smuggle three pounds of cocaine inside a package of raw meat. Advanced imaging screening (that thing that replaced metal detectors) found 18 bags of black tar heroin strapped to a man’s leg in Atlantic City.

Other items found, in no particular order: ninja stars, bear mace, a gun-knife (yes, it’s exactly what it sounds like), whips, spear guns, bladed brass knuckles and a barrel from an old-school gunpowder cannon. Maybe it belonged to the aforementioned black powder guy. Check them all out here.