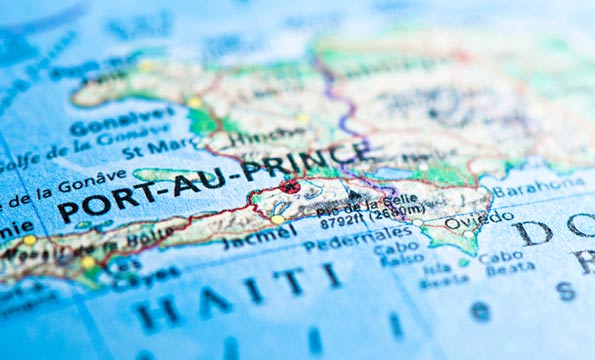 Haiti welcomed its first Marriott hotel today in the capital city of Port-au-Prince. Former President Bill Clinton, who backed the $45 million investment, was present at the opening ceremony.  A number of other Haitian officials were on hand to applaud the jobs created and the increase in tourism expected from the new hotel to the island-nation, which has a population of 10.7 million.

The 175-room hotel is the fourth international-branded hotel to open on the island, but the only one to boast significant meeting space. The 11-story property offers more than 12,000 sq. ft. of space and five meeting rooms, including the largest space with a capacity of 1,000. Located in the commercial district, the hotel is just 7 miles away from Toussaint L’Ouverture International Airport (PAP).

Haitians are hopeful the new property will spur economic progress since destruction from the 2010 earthquake. The Marriott property is owned by Digicel, a telecommunications company whose headquarters are located adjacent to the new building. Digicel claims the hotel will directly add 200 jobs, not including employment of local construction workers who built the sustainably designed site.

In 2013, Best Western became the first international hotel to open in Haiti since the Holiday Inn left in 1998. Occidental Hotels and Resorts built the Royal Oasis hotel later in 2013. Last year, Hilton Worldwide announced it would open a hotel in 2016.