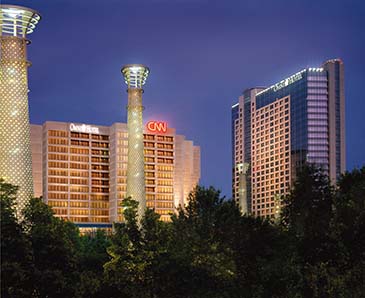 The Atlanta Convention & Visitors Bureau (ACVB) has lots to celebrate this New Year thanks to record-breaking numbers for major citywide conventions and its highest hotel occupancy in more than a decade.

“These positive lodging numbers serve as evidence of Atlanta’s momentum in attracting new and return business,” said William Pate, president and CEO of ACVB. “Atlanta’s unparalleled accessibility and $1.5 billion in new development make the city a convenient and exciting destination for planners.”

Smith Travel Research (STR) reported that as of November 2014, Atlanta had the highest growth rate in occupancy among the top 25 U.S. markets. Convention hotels were a key part of the growth, with an 11 percent occupancy growth from group meetings. The top 25 U.S. metros averaged 4 percent growth, according to the STR report.

This month, conventions are expected to bring 200,000 attendees to Atlanta, with an estimated economic impact of $200 million.