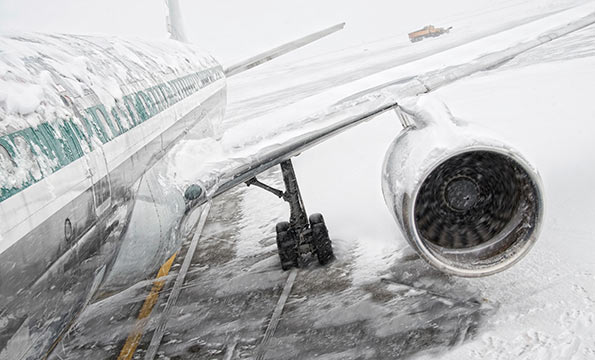 New York’s LaGuardia Airport briefly closed after a Delta airplane skidded off the runway this morning. Under wintry conditions, the MD-88 aircraft rolled through a fence and halted on snow-covered ground. No one was seriously injured among the 125 passengers and five crewmembers on board, but six people were taken to hospitals for minor injuries.

Coming from Atlanta, Delta Flight 1086 missed a touch down on the slippery runway, likely because of snow and freezing fog. The landing caused a minor fuel leak, which was contained soon after. LaGuardia Airport has reopened, but thousands of flights had to be cancelled or diverted to nearby airports. But New York’s Kennedy Airport and Newark Liberty International Airport are also experiencing weather-related delays.