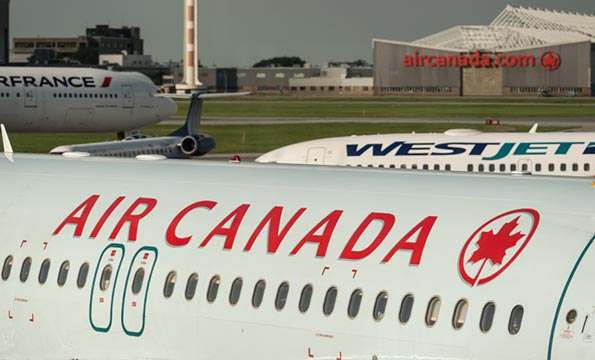 The U.S. Department of Transportation's Bureau of Transportation Statistics has released a report saying 846.4 million people in the U.S. traveled by airplane in 2014. Of those, 662.2 million flew domestically. The number of folks traveling by air is higher than ever.

With carriers offering varying degrees of perks and pricing, selecting one can be overwhelming. That is where brand loyalty comes in.

Sean Williams, writing for The Motley Fool, says figuring out what drives brand loyalty isn't always cut-and-dried. After reading Brand Keys and its latest Customer Loyalty Engagement Index, which surveyed more than 36,000 people, he gained some insight into which airlines are the best at driving customer loyalty.

The report shows that major airlines occupy the bottom of the loyalty rankings. Delta Air Lines came in fifth, American Airlines and US Airways, ranked sixth and seventh, and United finished last.

At the other end, Southwest Airlines and WestJet Airlines tied for the No. 3 spot in the airline brand loyalty rankings, while JetBlue slid into the second spot.

The airline fliers prefer most, for the second year in a row, is Air Canada. For one thing, the airlines fees are reasonable. Another is its ability to make the actual flight fairly enjoyable with onboard tech and services.

For the full story, go to fool.com.