Play more, work better, influence wisely. That was the message on the opening Sunday of the Center for Association Leadership (ASAE)’s Annual Meeting and Exposition in Columbus, Ohio.

Citing research that shows people are as much as 20 percent more productive if they incorporate at least 15 minutes of play in a day—and the wisdom of children on the playground—the conference started on an energetic note with a call to have fun and innovate while doing the important work of running associations. 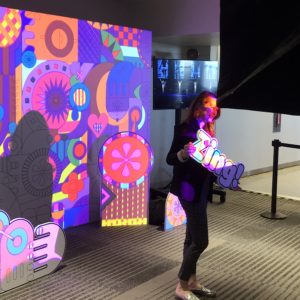 nterim ASAE CEO Susan Robertson and board chair Sal Martino took to the stage to pledge that while longtime leader John Graham is battling cancer, the group will continue to fight legislation that targets minorities and model civil discourse. “Under John’s leadership, ASAE has become a beacon for diversity and inclusion. Its community has made the differences between people as a source of strength and joy. It has united to protect the rights of people, no matter who they are…or where they come from,” Martino said.

The group has advocated to expand civil right bills to include discrimination for sexual orientation and to fight for rights for those with disabilities. “Innovation and making the world better requires many points of view and debate done with transparency and civility,” said, Martino, who promoted the idea that the association community can lead the way and become a role model for civil discourse.

Influencing the national debate requires smart deployment of the powerful resources associations command. Jeremy Heimans and Henry Timms, authors of New Power: How Power Works in Our Hyperconnected World—and How to Make it Work for You, shared tips for strategically leveraging old, concentrated ways of leading and new, more influence-driven methods of inciting change. 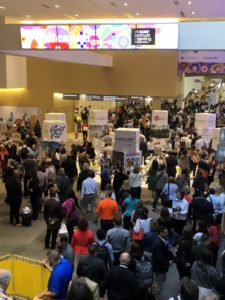 First, they defined the way groups are having outsized influences—for good and bad—in the Twitter years. “New power is current, made by many and shared rather than commanded; it is peer-driven and open,” Timms said. “The new power mindset expects collaboration, crowd wisdom, informal governance, a do-it-yourself ethic and radical transparency.”

In the new model, leaders can’t use a request for public input as window dressing. If you are asking for people to pay attention, you must be prepared to value their input (see controversy over naming a new Autosub Long-Rancho autonomous underwater vehicle Boaty McBoatface). You also must have legitimacy with the people you are talking to. They are going to be honest, so you have to be authentic, as well.

The keynote speakers suggested blending the two leadership styles by giving power within parameters and creating clear structure for participation, then committing to the process while iterating and improving the platform over time.

In its ideal form, new power will be used to help the least powerful, something associations excel at doing.

Weeks after IMEX Frankfurt wrapped up its first show since 2019 in Europe and less than four months before the return of IMEX America to its new home at Mandalay Bay Convention Center in Las Vegas, IMEX Group CEO Carina Bauer sat down at MPI World Education Congress to talk about lessons learned.