As executives from convention and visitor bureaus gathered this week in Austin, Texas, for the annual Destination Marketing Association International (DMAI) conference, there’s solid evidence that DMOs are impacting hotel bookings at a record pace.

In 2014, DMOs in the United States collectively influenced a record of 41.5 million room nights booked for future years, growing by 2.4 percent from 2013. As a result of previous year bookings, DMOs hosted a total of 41.7 million room nights in 2014.

“Nearly 300 cities and towns across the United States rely on DMO sales and marketing efforts to attract events to their destination,” said Michael Gehrisch, president and CEO of DMAI. “Just as individual DMOs know how important it is to quantify their impact locally for their stakeholders, quantifying the total DMO impact on a national level is critical to articulating destination marketing’s contribution and commitment to growing the meetings industry.”

Previous research showed that the DMO channel influenced one in five group room nights in their destinations. The share has increased by 2 percentage points over the past two years to 22.5 percent.

Spearheaded by the DMAI Sales and Marketing Committee, the study was conducted by Tourism Economics, an Oxford Economics company, with the collaboration of DMO customer relationship management (CRM) solution providers. The report quantifies the impact of the DMO sales and marketing channel from 2009 through 2014 based on booked room nights for future events, occurred group room nights, and the number of events booked and occurred. 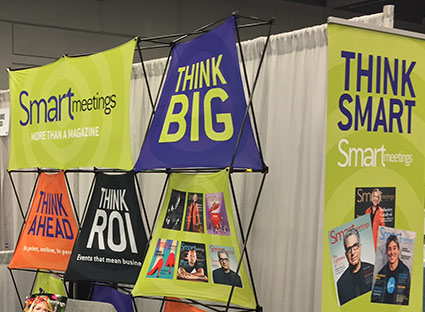 The analysis is based on an extensive collection of data from 155 DMOs representing 51.8 percent of DMOs with sales professionals dedicated to promoting their destinations and 77 percent of all DMO rooms booked and occurred. An econometric model was developed to project this sample to the remaining markets.

In other news, a landmark study jointly released by ASAE: The Center for Association Leadership, Center for Exhibition Industry Research (CEIR), Destination & Travel Foundation, Meeting Professionals International (MPI) and Professional Convention Management Association (PCMA) Education Foundation revealed that on average, one in three group room nights in the United States are booked outside of the event contracted room blocks.

“Despite general agreement that many attendees book outside the room block, the meetings industry traditionally relies on the historical room block pick-up as one of the most important metrics to value an event,” said Christine “Shimo” Shimasaki, managing director of empowerMINT.com and Event Impact Calculator at DMAI. “This study proves that the method captures only a partial story, and is the first of its kind to quantify just how many more overnight visitors the meetings industry is continuing to drive to destinations across the United States.”

Performed by Tourism Economics, an Oxford Economics Company, the study conducted ZIP code analyses for more than 170 events with over 880,000 attendee origin data provided by registration and housing companies, association management companies, destination marketing organizations, and individual meeting and exhibition organizers. Events ranged from 60 to more than 55,000 attendees, across various market segments, event locations, and destinations from 2012 to 2015. The research took a conservative approach to event room demand, estimating that only those attendees with ZIP codes more than 100 miles from the meeting locale required a guest room.

While on average 34.1 percent of rooms are being booked outside the contracted room block, study findings showed significant variation in the proportion of rooms booked outside the block, which can be explained in part by certain event characteristics.

Las Vegas welcomed the largest IMEX America ever in October and the world had a lot of catching up to do as so many new venues had opened or upgraded while the world was on pause.