The fastest growing travel market is not the Chinese, LGBT or millennial sector. An unexpected segment is making exponential waves in tourism spending, and hotel brands are slowly beginning to tune in. Muslim travelers are the biggest spenders when it comes to international travel. According to a 2015 study from MasterCard and Crescent Rating, the Muslim travel market accounted for more than $140 billion last year.

Another report on the global Islamic economy released by Thomson Reuters and DinarStandard put the halal travel sector’s worth at $137 billion in 2013, excluding pilgrimages to Saudi Arabia, which alone contributed $16 billion. In 2013, Muslim countries that spent the most overseas were Saudi Arabia ($17.8 billion), Iran ($14.3 billion), United Arab Emirates ($11.2 billion) and Qatar ($7.8 billion). Altogether, Muslim travelers represent at least 12 percent of global expenditures in the leisure travel market.

Muslim citizens have a global population of 1.8 billion across Muslim-majority countries, which include Indonesia, Malaysia, Turkey and Gulf nations. By 2030, their numbers are expected to make up 26.5 percent of the world’s population. Muslim travelers worldwide have a combined spending growth rate of 4.8 percent, compared to a global average of 3.8 percent.

In response to the data, hospitality and travel industries are coming together to learn how they can cater to this niche market and embrace the halal lifestyle. Last year, the first Halal Tourism Conference was held in Andalusia, Spain—a favorite destination among halal travelers for its Moorish history and architecture. Around 400 delegates from tourism boards, tourism agencies, tour operators, restaurants, media, hotels and airlines attended the conference.

Japan also held its own conference last year. The Japan Halal Expo gathered delegates interested in addressing the needs of Muslim visitors in anticipation of the 2020 Olympics, to be held in Tokyo. Japanese airports are in the process of adding prayer rooms and halal restaurants. Visa requirements in the Asian country are more relaxed for travelers from Malaysia and Indonesia.

Hotels are adopting halal-centered offerings beyond food practices (which prohibit any use of the pig). The Arabic term means “permitted for Muslims,” while haram is the opposite. Hospitality Management Holdings (HMH) hotel group is the first alcohol-free chain in the Middle East, and stands firmly behind its efforts to appeal to the halal travel segment. HMH CEO Laurent A. Voivenel stated “halal-friendly is part of the company’s culture and DNA and not simply a business decision… all brands under HMH are halal-friendly, no matter where we operate.”

Aerostar Hotel in Moscow has shifted its focus to the Muslim travel segment, since the number of guests from North America and Europe has been fewer in comparison. The 308-room hotel equips 20 rooms with prayer mats, basins for ritual washing and small compasses pointed in the direction of Mecca. In all guest rooms, even shampoo and soap do not contain animal fats or alcohol, in order to be halal-certified. Two communal prayer rooms for men and women, as well as a separate halal-only kitchen have been built into the premises.

At the JW Marriott Grosvenor House in London, the property caters to Arabic weddings, which are often gender-segregated. It also provides gender-separated majlis-style lounge rooms in its suites. Halal offerings extend to the menu, which includes a varied Middle Eastern cuisine. Hotel staff is trained to be culturally aware on social protocols for its Muslim guests.

Shaza Hotels, based in Saudi Arabia, is building a chain of luxury five-star properties that serve halal food and ban alcohol on the premises. The hotels will also have gender-separated swimming facilities and prayer rooms. One property is already open in Saudi Arabia, and seven more are planned for 2016 and 2017. The brand already offers lodgings across Europe, Asia, Africa and the Middle East.

Recently Marriott opened its first hotel in Mecca, which is regarded as the holiest city in the Islamic region. The property is on a hilltop overlooking the holy city, and offers 426 guest rooms and free shuttle service to the Haram area several times a day.

Halal-friendly hotels are easily found through online booking systems, such as halalbooking.com and halaltrips.com, which are primary sources for booking Muslim-friendly holidays. Certain halal designations are also proving popular among non-Muslim travelers. A guide to halal tourism points out that families may chose dry hotels to prevent children from having access to alcohol or seeing drunk guests on the grounds. Business conferences may also be held in a dry hotel to guarantee that employees will be sober in the morning. 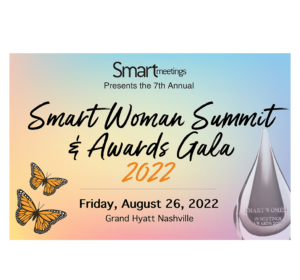