Events Industry Council’s (EIC) 2020 global awards are upon us. On Thursday, March 25 at 11:30 a.m. EST, EIC will honor its 2020 Hall of Leaders inductees and celebrate the winners of two new global awards, EIC Social Impact Award, and EIC Adaption and Innovation Award.

The Hall of Leaders, the industry’s “lifetime achievement award,” recognizes those who have had a hand in shaping the events industry. 2020 Hall of Leaders awards will also honor leaders who have contributed to the following areas.

The Hall of Leaders 2020 inductees are. 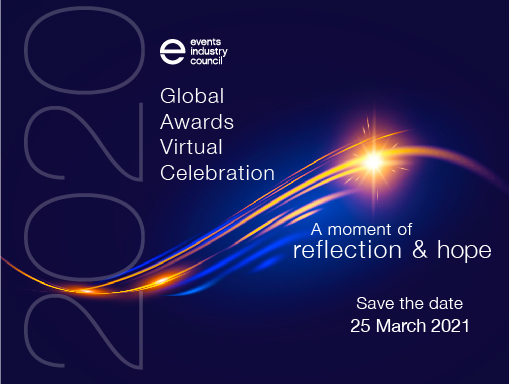 EIC’s Social Impact Award, given to an individual or organization, is a recognition of efforts made in diversity, inclusion, equity and accessibility in the global events industry. EIC’s Adaption and Innovation Award recognizes efforts to retain the industry’s relevance as it emerges of out the global crisis.

Check out who won 2019’s EIC Hall of Leaders and Pacesetter Awards, a celebration of emerging leaders in the industry, here.

Details on registration and programming will be released soon on eventscouncil.org