Meeting professionals are eager to know not only when meetings will start happening again in the flesh, but what they will look like. More hybrid meetings? Tests for immunity? COVID screening? Branded facemask giveaways? We asked the experts to peer into their crystal balls.

Visions of a Cleaner, Busier Future

Although Jan Freitag, senior vice president of lodging insights at STR, calls the current economic state of the hospitality industry “dire,” and has the numbers to prove it, he is an optimist about where the industry goes when the bans are lifted.

First, where we are now: The weekly data is showing year-to-year RevPar (revenue per available room) down more than 80 percent. That is the steepest decline recorded in the 30 years hospitality data analytics company STR has been tracking heads in beds—more than after 9/11 or during the recession of 2008.

“It implies that meetings and conventions have come to a complete standstill,” he said. Corporate travel has evaporated, and leisure travel is nonexistent. He attributes the 21.6 percent occupancy recorded last week to first responders who can’t go home to possibly infect their families, airline crews, truck drivers, people in transitions and homeless people who are being housed in hotels to limit the spread of the disease. Even that activity varies by region and is mainly taking place at economy properties.

“The numbers could look like that for the foreseeable future,” he said.

That was the bad news.

The better news is that, based on what he is seeing in China, “the impact is finite.” The good news for the 665,000 hotel rooms in the United States currently closed is that hotels reopening in Asia are seeing guests arrive fueled by what is being called “revenge consumerism” or “venge tourism.” Pent-up demand is taking the form of aggressive spending and travel.

Freitag predicted that corporate travel, the second leg of the hotel occupancy stool, will take a little longer to recover, as CEOs and their legal departments weigh the liability of asking employees to expose themselves to risks that might still be out there, even as their sales managers itch to make up for lost time.

He was also optimistic about the third vital source of income for hotel room demand—group travel. “If all the meetings planned for the fourth quarter happen as planned—even if attendance is a little light—and a portion of the meetings planned for the second quarter are moved into the fourth quarter, that could result in compression and an uptick in room prices,” he said.

Freitag cautioned that U.S. recovery could take longer than China’s upswing because not all states sheltered as aggressively as in the tightly controlled Asian country. That means that the disease could linger here longer.

Along with the regional differences, Freitag identified two new demographics to consider in the traveler profile. Those who contracted the disease and recovered now have presumed immunity and may feel more comfortable traveling, while those who did not catch COVID-19—or were unaware of having it because they had no symptoms—may be more hesitant about being around crowds again.

That dynamic could change how hotels and events market themselves. Whereas spas and shared group experiences were highly desirable amenities pre-COVID, brand attributes of cleanliness and safety could engender even greater loyalty, at least in the near term. 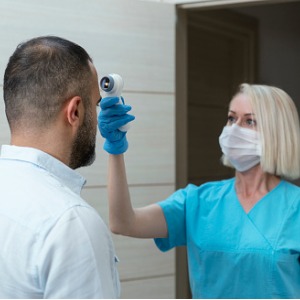 Howard Givner, founder of Event Leadership Institute, agreed that the recovery will not be like flipping on a light switch. “There isn’t going to be an all-clear signal,” he said in a note to subscribers. “No giant bell that will be rung to usher in a recovery.”

He predicted that post-COVID meetings may retain a significant digital component. “Now that we are comfortable having virtual beers with colleagues, we know that while it may not be a true substitute to meeting in-person, it’s a lot closer than people thought.”

In fact, he predicted that streaming might be that necessary baby step. “Virtual meetings will lead us out of the storm. They are a risk-free option that requires less lead time, has a lower price tag and a higher ROI.”

How will we know when the technology has matured? Look for new virtual events being announced (as opposed to in-person events turned into virtual), charging for virtual events, experiential marketing and event agencies engaged in planning and execution. That is when you know they have hit their stride.

What would really get people back meeting? Givner suggests that instant testing could allow venues to set up screening stations, similar to metal detectors now at most public buildings, to ensure that only healthy people are in the building. “It may sound like a scene out of a dystopian sci-fi movie, but this may very well be our reality in the short term.”

Some tech platforms are making COVID screening as simple as a few thumb taps on your phone. JobSiteCare recently introduced TextBadge, a technology that works with all mobile phones and lets employers screen for symptoms and verify its COVID lab testing results before interest with fellow employees.

Red Level’s COVID ClearPass app, which will let employees screen for COVID symptoms and share information vital for the protection of fellow coworkers before entering the workplace. Clearpass also makes it easier to manage the number of employees in any one location to comply with local regulations.

When in-person events do come back, Givner predicts that they may be smaller and more regional, as some parts of the country reopen before others. “Improved hygiene is a given, staggered seating in general sessions and breakout rooms could be more common, but how to stay distant at a cocktail party?” he asks. This will largely be a process of trial-and-error. Event organizers will learn what works in which situations. 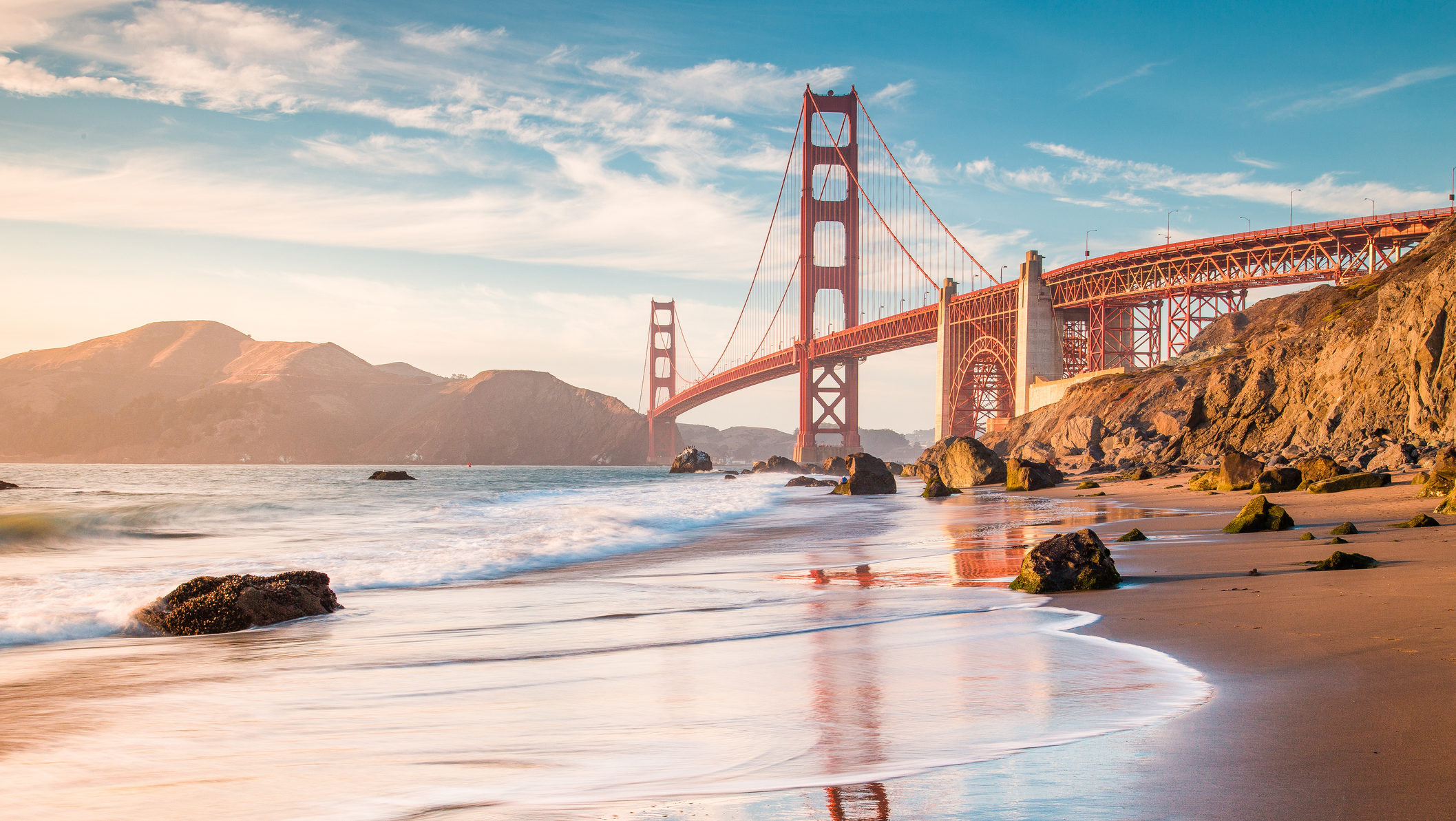 Humphrey Ho follows trends in China for U.S. destination clients, including Travel San Francisco, and he was heartened by the dramatic increase in travel as soon as quarantines were lifted in Wuhan, particularly in outdoor areas. Search traffic shows great pent-up demand, leading him to believe that when the rebound comes, there will be a net increase in trips to the United States—California, in particular, due to the tragic coronavirus news coming out of New York. “That is a coastal change, as New York City is almost always the most-searched destination in the United States,” he said.

Ho predicted that airlines, hotels and convention centers will make health safety part of their branding by talking about medical-grade air filters in rooms and on planes, putting sanitizers in plain view around venues and promoting the frequency of cleaning in public spaces. That will assuage any “last-mile anxiety,” he said.

“The United States already has a reputation for having stringent standards and transparency about things that go wrong, and Chinese audiences appreciate that. They have an innate trust in American products, and that will translate into a desire to visit the places they missed when they couldn’t travel,” he said.

Ho is looking forward to a U-shaped recovery in the United States that accelerates when antibody testing or a vaccine is in place.

Like many others, he thinks some things will change for good. He envisions more robots in hotels, more app-based communication and use of alternative spaces, such as presidential suites, to host smaller groups at big conventions. 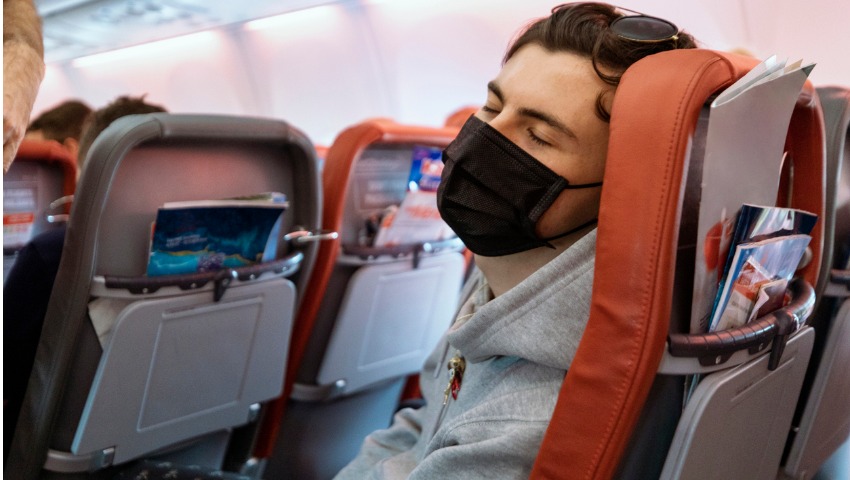 Ian Cummings, vice president and global commercial leader of CWT Meetings & Events, has been weighing all the possible rebound trajectories—from the most optimistic to the “black swan” scenario, in which life will never be the same. “The hospitality sector seems to be leaning towards a Q4 recovery, where we start to see bookings return and postponements delivered in October and November,” he said. He thinks this may be plausible based on how the industry behaved post-SARS, 9/11 and other major disruptions.

“It’s encouraging to see China beginning to emerge from the crisis and inquiries starting to happen again, but it’s early days, and companies and agencies that survive will be moving forward with caution,” he said.

A lot will be different when we begin to return, he cautioned. It’s likely group sizes will be much smaller, more events will be local, there will be less travel, meetings will be shorter and, hopefully, wider audience will be reached via digital. He also envisioned more hybrid meetings and health screenings for mass gatherings involving sports, music and events running into the thousands of attendees.

“Safety and security of our attendees will be more important than ever,” he said. Meeting professionals will need to follow all health guidelines for gathering, small or large, and be clear on the value and ROI to justify the gathering. Live streaming could make up the difference, while reaching wider audiences with hybrid meetings and exceptional content creation.

Cummings suggested a reset of some standard parameters within which the industry previously operated, such as cancellation terms, payment terms and deposits, to ensure that meeting professionals are doing the right thing for customers, suppliers and attendees.