Skip to content
By Georgia McMillan June 27, 2019
Photo by Pedro Kümmel on Unsplash

As we officially welcome summer, things are really heating up—especially in Europe. Although there have been a series of heatwaves in Europe over the past few years, meteorologists expect one in the coming days that will shatter historic records. Temperatures in France and Spain are expected to reach at least 104 degrees F, and experts warn against the “heat island” effect of concrete and asphalt in cities that traps heat. Geneva could reach temperatures of 98 degrees on Wednesday and Thursday, while national records for the hottest June are set to be broken in Germany, Austria and France.

There have even been projections of heat-related deaths, especially for the old, young and those without homes or air conditioning. A climate scientist at Potsdam University, Stefan Rahmstorf calls heatwaves “silent killers” and reveals that 2018’s hot summer in Germany has been estimated to have caused at least 1,000 excess deaths. Rahmstorf also points out that “the hottest summers since 1500 AD in Europe were: 2018, 2010, 2003, 2016, 2002.” Are these seemingly extreme bouts of heat becoming the new normal for mainland Europe?

France has postponed school exams scheduled to take place at the end of this week until next week, due to the heat wave and a concern for students’ safety. In Paris, they have opened up swimming pools, “cool rooms,” additional water fountains and set up mist machines to help citizens and tourists stay cool. Brussels has also taken action as they stopped horse-drawn carriages for tourists over concern for animal safety. The poster below was posted by The Ministry of Social Affairs and Health (Ministère des Solidarités et de la Santé) on Twitter to help citizens help themselves: 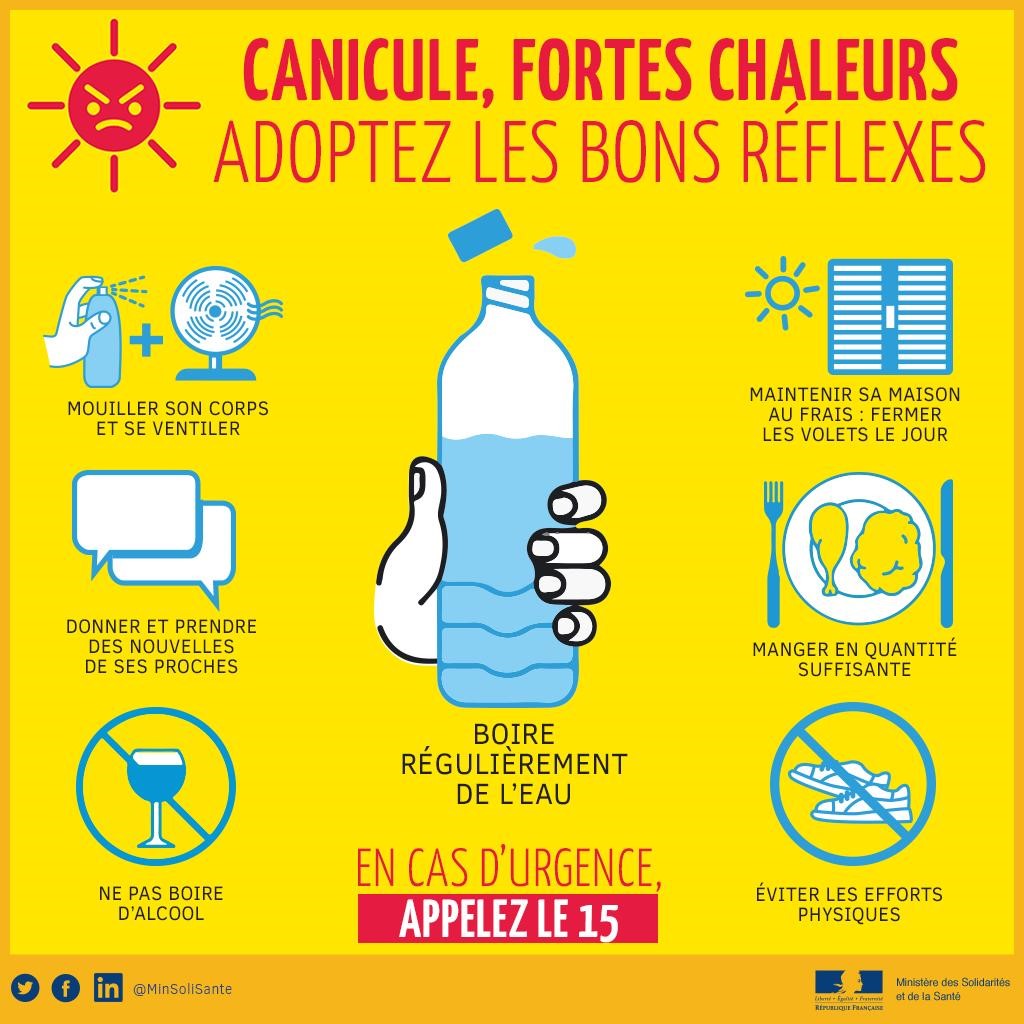 In an effort to stay cool, one man outside Dusseldorf, Germany reportedly stripped naked in front of the frozen food section at a supermarket. While we don’t recommend that tactic, here are some smart tips for planners and attendees meeting in Europe in the coming weeks to stay safe during the heatwave: