Although homelessness is a global problem, San Francisco Travel and the nonprofit Downtown Streets have teamed up in the wake of the opening of the renovated Moscone Convention Center to address the local impact of people who are living on the streets.

A one-year pilot program will employ and house more than 1,600 people in the Bay Area who do not currently have permanent housing. All Downtown Streets team members are volunteers who are homeless or are at risk of becoming homeless. 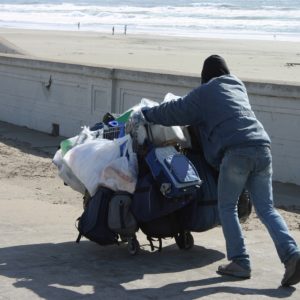 “We see partnering with Downtown Streets as a win-win,” said Joe D’Alessandro, San Francisco Travel president and CEO. “Naturally, we want visitors to have a positive experience as they come and go to our convention center.  But we also want to help those who are experiencing homelessness or are at risk of becoming homeless.”

Cassandra Costello, senior vice president, public policy and executive programs, believes this program will serve as a complement to the many programs already up and running in the city. It’s SF Travel’s way of being a part of the solution. “We’ve seen this program [have] successful results in other parts of the city and we’ve seen people’s lives restored with dignity.” Since other areas have reaped positive results, extended this program to other locations simply makes sense.

In a little over a month, they’ve already seen positive results. In the brief period between March 21-29, the Downtown Streets Team managed to remove more than 1,000 pounds of debris from the streets surrounding the Moscone Center. As incredible as this is, Costello went on to say that the real achievement here is setting people’s lives on the right path.