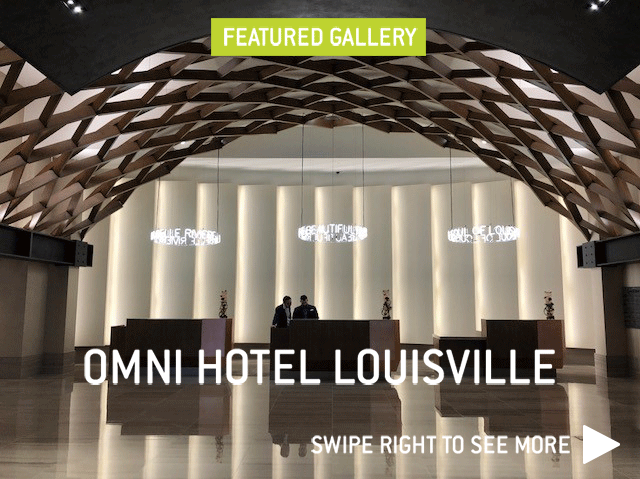 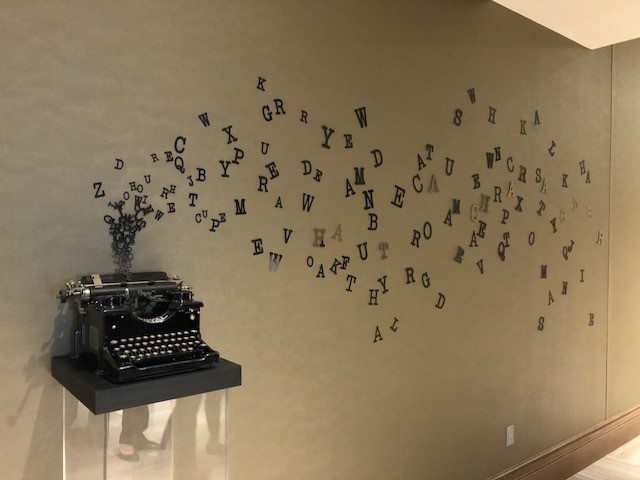 Art featured on the hotel's walls are directly purchased from local artists, adding to the localized flavor of this Omni Hotel. 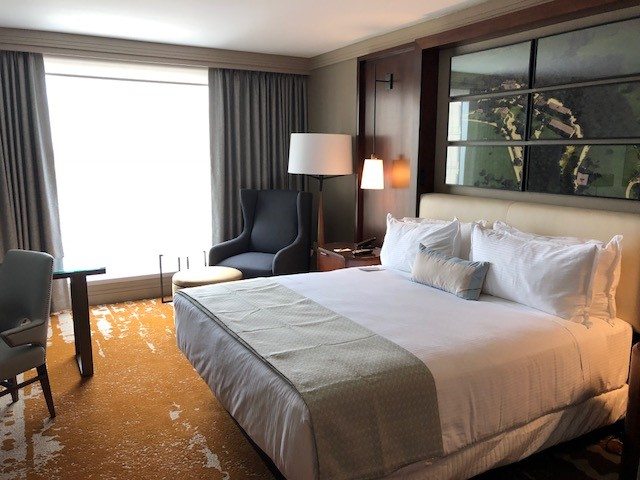 The guestrooms at Omni Hotel Louisville are beautifully decorated and fits the aesthetic of the whole hotel. 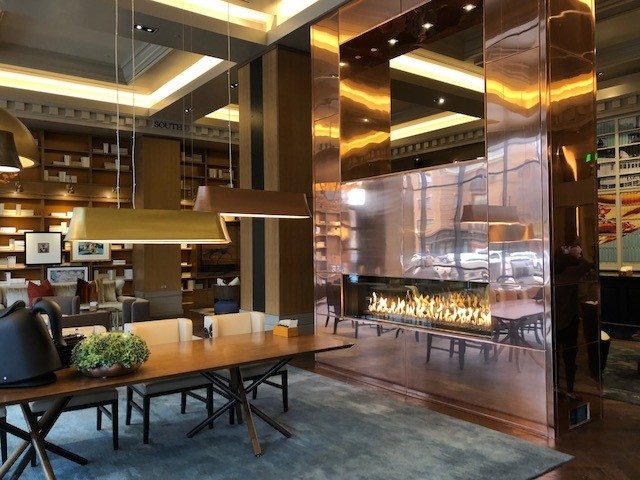 The hotel’s Library Bar completes its aesthetic with a copper steel fireplace. 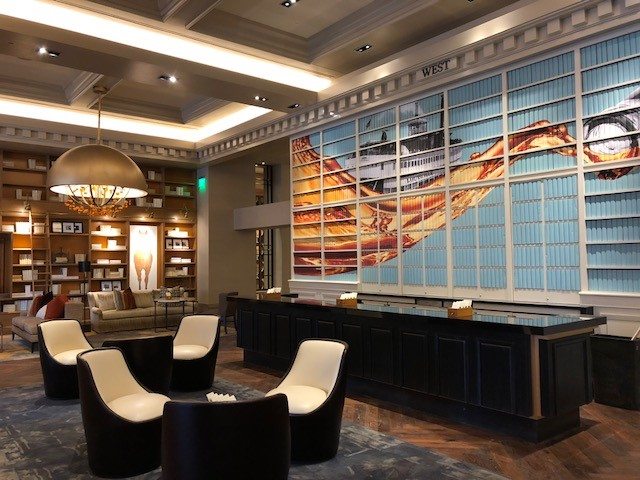 Omni's Library Bar saturates the senses with a mix of modern and classic styles, highlighting the Belle of Louisville using its bookcases. 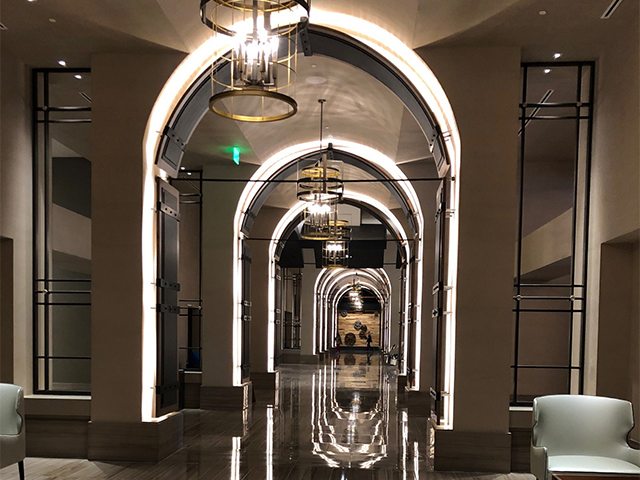 The view from one side of the hotel to the other is highlighted through the beautifully lit hallways. 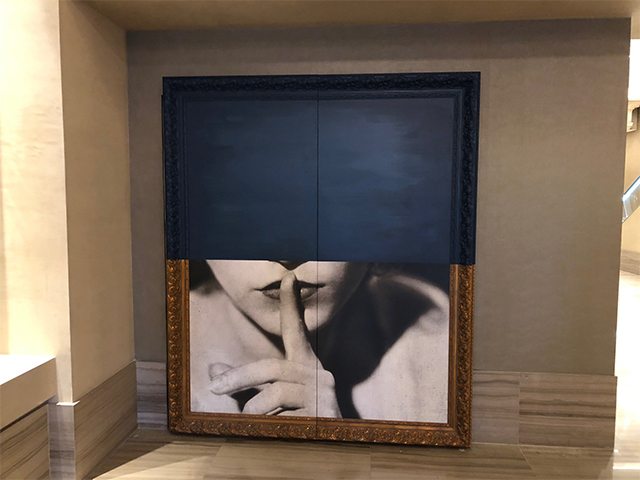 Through these secret doors, you’ll find access to Pin + Proof, the hotel’s speakeasy. 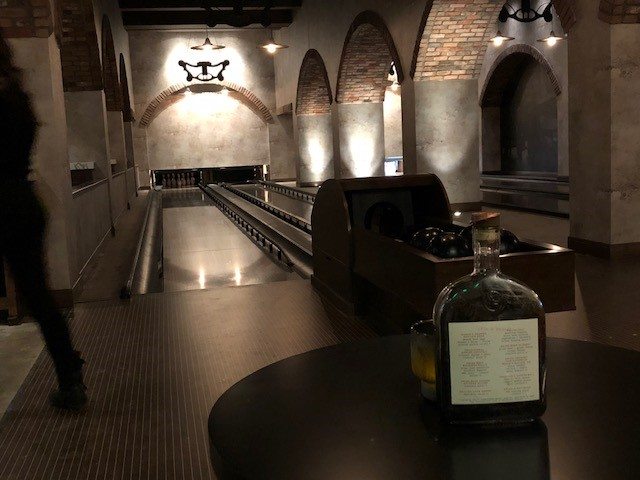 Did we mention the speakeasy has a bowling alley? 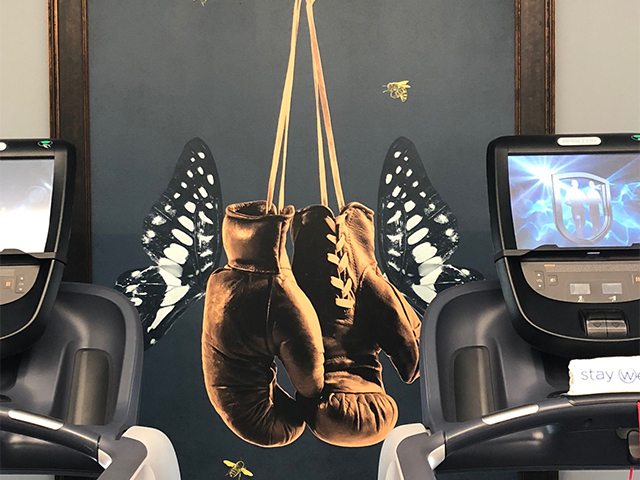 The large homage to Muhammad Ali in the hotel gym is sure to motivate anyone working out there. 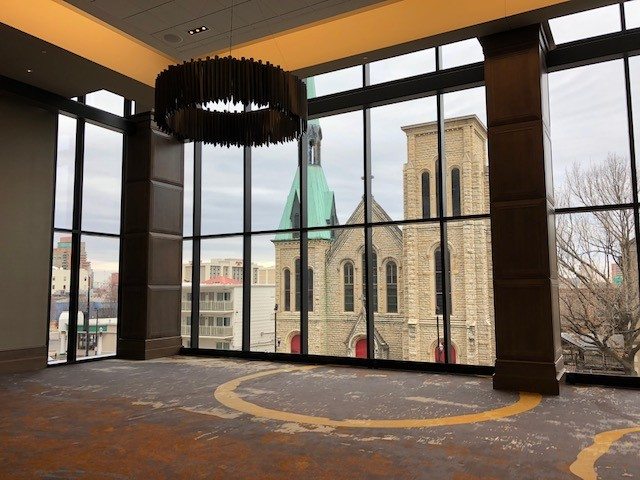 The pre-function space outside the ballrooms has tons of natural light and great views of the historic downtown buildings. 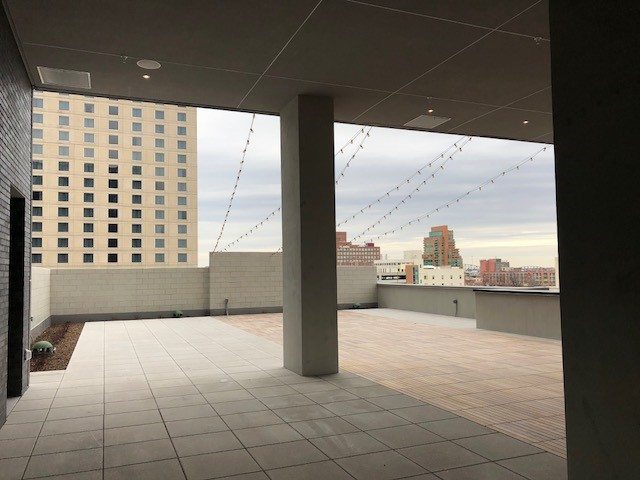 The rooftop and pool-adjacent group space shows off views of downtown Louisville, complete with string lights to create an ambiance. 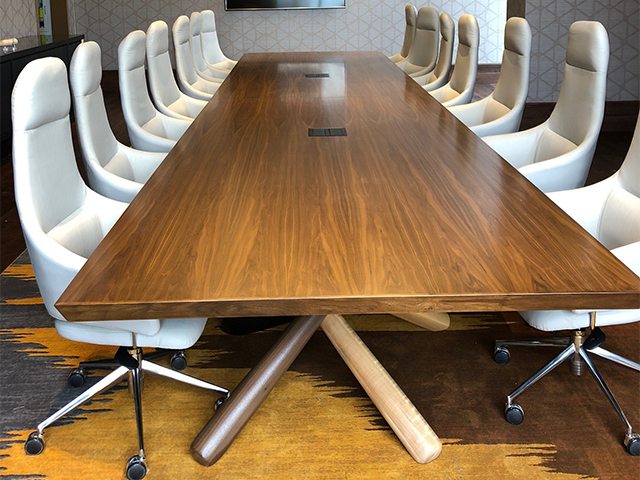 Taking a sneak peak of one of the board rooms available, we're quick to note the baseball bat table legs—a nod to Louisville Slugger. 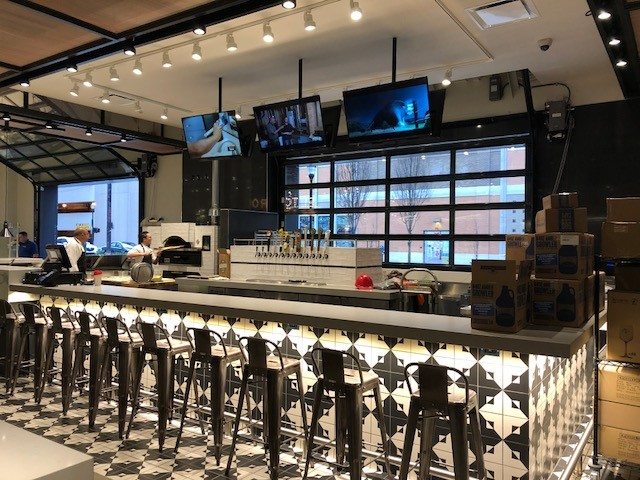 The Omni Louisville Hotel’s Falls City Market will be loved by guests, groups and locals — who doesn't love a quick grocery with a beer bar inside? 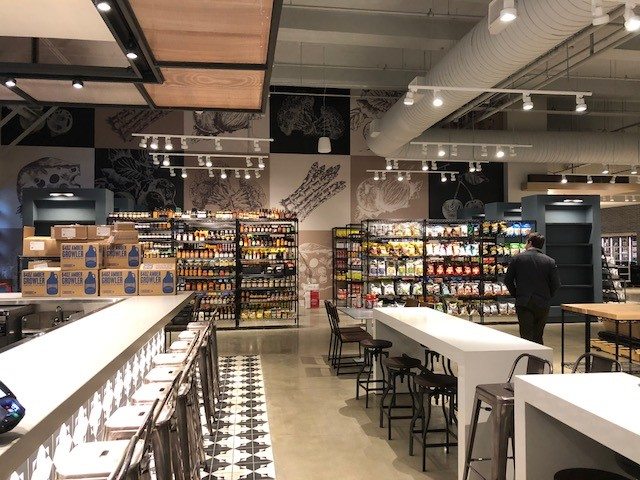 The Falls City Market is complete with a grocery and food stations such as sushi, a creperie and barbecue.

When The Omni Louisville Hotel threw a party the first week of March to celebrate the opening of the $315 million, 612-room lifestyle hotel downtown, Smart Meetings was there to check out the meeting space potential. What we discovered was a master lesson in celebrating what makes a community unique through grand gestures and small touches. Here are a few lessons from behind the yellow ribbon.

Celebrate Past, Present and Prescient

Visitors entering the lobby are surrounded by snippets of the city’s industrial past, urban present and bright prospects for the future. Steel, leather, copper and oak barrels pop up in unexpected places, along with equestrian details. The hotel and the city’s roots dig deep into the region’s history as a purveyor of fine whiskey. To this day, nine out of ten copper stills made in the world are made in Louisville, so the accoutrements of that industry can be glimpsed throughout the property. Visitors can even take home local spirits with a visit to Lewis + Louis, a bourbon retail store in the hotel.

The hotel offers approximately 70,000 sq. ft. of meeting space and 33 natural-light-filled meeting rooms, with names such as Charred, Barley and Wheat. Fun fact: the disco ball in the Mokara Spa and featured in art throughout the property is a nod to the fact that Louisville is one of the largest distributors of mirrored spheres in the United States.

Eat, Drink and Be Local

Dining is an opportunity to inject the essence of a place into the culinary experience, and Omni Louisville has embraced that idea wholeheartedly. The Old Fashioned cocktail was invented in Louisville, and at both the Library Bar and Pin & Proof—the on-site speakeasy and bowling alley—the smooth-drinking concoction is reinterpreted for every taste. At Bob’s Steak & Chop House, the region’s agricultural roots shine with the best of root and range.

Or, elevate the meeting and dining experience at The Water Company, a rooftop pool deck and bar where city views are the signature dish for groups as large as 100 people. Still hungry? El Toro food truck brings the street vibe to your hospitality experience.

Be a Good Neighbor

Omni Louisville’s opening coincides with a $207 million renovation and expansion of Kentucky International Convention Center next door, which will reopen with 200,000 sq. ft. of meeting space in five months. All that gathering potential is bolstered by seven urban bourbon distilleries, a bounty of restaurants and retail on Whiskey Row, 10 distinct attractions on Museum Row—including Muhammad Ali Center and Louisville Slugger Museum—and the entertainment corridor of Fourth Street Live!

One of the neighbors leading the welcoming committee at the opening ceremony was Mayor Greg Fischer. “Omni team carefully curated every item in this building to reflect our city’s culture and personality,” he said. Praise doesn’t get much more authentic than that.

Hilton and Marriott both reported increased earnings and revenue per available room after a summer of travel recovery, which bodes well for meeting professionals who are eager to attend events before taking a few extra days alone..