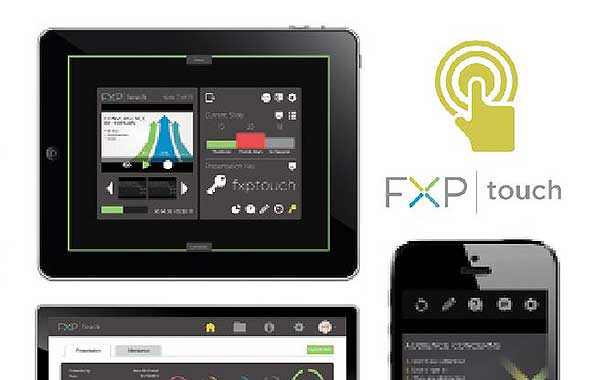 What new technology will make events run better, smoother and easier this year? Plenty. The tech world never rests and the next new idea is just minutes away.

Connect & Go features a product that allows attendees to use their phones to gain entry into exhibition halls, for example.

“Your ticket appears on the screen and our gates are able to detect that you have a valid ticket for the day and give you a green light to go in,” says Anthony Palermo, co-founder of Connect & Go. “People don’t leave the house without their phones. People can walk in without pulling out bags. Ultra-high frequency RFID chips in badges can be detected from up to 30 feet away.

The technology also allows attendee detection, including crowd control and issuance of paid services, so event managers can take action. “If I am close to a catering booth, the received signal strength indicator (RSSI) enables a push notification, allowing a meal voucher to pop up on my phone,” Palermo says.

Martin Stoll, Sparkloft Media president and CEO, says, “Eleventes is a turnkey solution that can be tailored to the needs of our clients, helping them promote, engage and track event participation.”

Eleventes drives attendance by using social media to create buzz. Hyper-targeted social advertising not only reaches new attendees, but also leverages social media, optimizing existing channels to connect with delegates. The higher the attendee engagement, the greater the value for all parties involved.

FXP Touch, a second-screen technology offered by FreemanXP, embraces the idea that an attendee is going to be doing multiple things while at a conference. “We want people to look at it as a way to augment an event experience,” says Wilson Tang, senior director of experience design and digital strategy at FreemanXP. “FXP Touch allows you to present more information. Once you are into the screen [it’s a website, so there is no need to actually download an app], you can present other interactive functionality—from polling to taking notes to talking to other people at the same event.

“FXP Touch can be built into an app,” Tang says. “It is actually a Web-based application, so an audience can go to this worksite and follow along. They would have to log in to take notes, but otherwise they don’t need to log in.”

Planners will see broader adoption of these types of systems, which allow attendees to engage with presenters and session content in real-time using mobile devices. These second-screen applications also deliver valuable data.

In another useful development, HelloTel is now available on Android devices, as well as iPhones, and takes connecting to a new level. Based on user feedback, HelloTel has implemented numerous functions and improvements that include push notifications, a streamlined user interface, LinkedIn login and more.

“Our team has been working around the clock to create the best version of HelloTel to date,” says Marc Lewis, HelloTel CEO and founder. “The latest version for iOS and Android is the perfect mix of elegant design and robust functionality required to make an app stand out in a crowded marketplace.” Improvements include a more professional look, LinkedIn sign-in option, full hotel name and hotel list, stationary sticky footer and an improved menu.

Erik Muendel, CEO of Brightline Interactive, says eye tracking is already being used successfully at events. At the Marvel Avengers S.T.A.T.I.O.N. exhibition at Discovery Times Square in New York City, visitors browsed through information and played an interactive flight simulator by looking at objects and double-blinking to select and identify various targets.

“Eye tracking made leaps and bounds last year and many sensors that were in beta will be deployed in 2015 that will allow users to navigate using their eyes,” Muendel says. “It’s a fun experience and it’s an intuitive experience.”

Thanks to Facebook’s purchase of Oculus Rift and subsequent developments from Samsung, Google and Sony, virtual reality is a booming business. Tech experts say the industry should expect to see new, creative ways to integrate the technology into face-to-face events. Examples include using virtual reality headsets to demonstrate products at trade shows, which can create a deeper experience for customers and minimize the amount of physical products that need to be brought to a show, says George Hines, chief information officer and head of innovation at Global Experience Specialists.