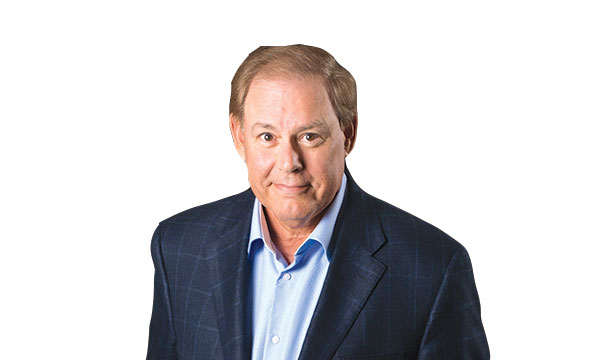 You served as vice chair of the Super Bowl Host Committee in 2008 and 2015, and were part of the executive committee for 2015. What did you learn from the 2008 Super Bowl, and how did you use that experience to help prepare for the 2015 extravaganza?

I learned how to better use the spectacle of the event to elevate our brand. It certainly helped that this time around, Phoenix had more landmark optics to put in front of the camera and the crowds. Unlike the 2008 game here, the 2015 Super Bowl was an urban event that depended on our convention center and our remade downtown. The downtown Phoenix that exists now did not exist in 2008. The convention center wasn’t fully expanded. Light rail wasn’t operational. The 1,000-room Sheraton hadn’t been built. Neither had the Westin, the Palomar nor the CityScape dining-and-entertainment development. We couldn’t showcase that urban package to our customers and the world. This time we could—and we did.

What is the most rewarding part of hosting major sporting events?

Working side by side with business leaders and aligning our interests to make something special happen for our community and economy. Our organization now has a seat at nearly all of the tables where key decisions are made.

Congratulations on earning the right to host the 2017 NCAA Final Four. Are you surprised at the number of major sporting events Phoenix stages seemingly every year?

Our CVB led the bids for all three of these mega events, and the only real surprise was getting the College Football National Championship game in just its second year of existence. That pleasant surprise subsequently allowed our Final Four bid to be tactically focused on only 2017, so we could complete this “trifecta” of hosting the Super Bowl, football championship game and Final Four, all back-to-back-to-back.

Was the potential to hold major sporting events a key reason you accepted the position as president and CEO of the Greater Phoenix CVB?

Expanding my experience in mega events was a secondary attribute to accepting this position. The more compelling reason to come here was to join in the community’s drive to build a new convention center and new hotels. I was fortunate to watch my mentors do this in Houston, and was on the team to build and market a convention center (and the Alamodome) in San Antonio. So, developing pro formas and ballot initiatives, securing funding, and conceiving marketing strategies for new convention center projects have sort of been my forte.

With the $600 million expansion of the Phoenix Convention Center, the CityScape area and new downtown hotels, is the city experiencing a surge in conventions, business meetings and incentive getaways?

Why was it important for you to join the executive committee of the United States Travel Association?

To advocate. And being involved with the Meetings Mean Business process since day one is one of the most positive and passionate professional endeavors I have ever been a part of.

Besides sports, what is your favorite Phoenix attribute? When you have guests in town, what’s the first attraction you share with them?

Outdoor dining and golf. After 13 years, I’m still pleasantly surprised by how many industry and personal friends come see me in Phoenix—although I fully realize that most of them are more excited about the outdoor dining and golf than the prospect of hanging out with me.