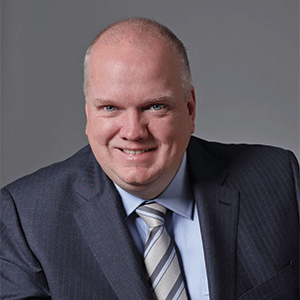 Imagine a dinner party with the following guests—Nelson Mandela, Monique Scaillet, Roger Tondeur, Jacques Attali and Bernard Kouchner. Who might be the host?

But what about Monique Scaillet, the only woman in attendance? The clue is in the family name. She is, in fact, the much-loved and esteemed mother of newly appointed Society for Incentive Travel Excellence (SITE) CEO Didier Scaillet.

While most of the dinner guests at Didier’s fantasy dinner party are French speakers, this truly global host is much more likely to converse in perfect English—if only for the benefit of Nelson Mandela. This group is also the ideal assembly to provide insight into SITE’s new chief excellence officer and what he cares about—the global economy, care for others, entrepreneurship and family—all qualities that will help SITE achieve its ambitious Vision 2020, while remaining true to its DNA as a boutique association where everybody knows your name.

When Scaillet told his banker father he wanted to work in hospitality, he was not impressed. “Do some real studies first,” his father declared. So, the young Didier obtained a master’s degree in mathematics and economics before approaching him again. This time, he was allowed to attend one of the prestigious hotel schools in Switzerland, where he completed the three-year program in 18 months. Little did he know how relevant this eclectic educational background would be for a subsequent career as a leader in the association sector.

“It sounds a bit weird, as my background includes high-level math as well as training as a chef and a sommelier, but it does mean I can plan an amazing menu, select the perfect wines and do all the necessary math around it to ensure on-budget delivery,” Scaillet quips. Not a bad repertoire for an event and incentive professional, in fact.

Scaillet’s entry into the magical world of business events came via the association sector.

The avid traveler was working as a buyer for a wine importer when he met Robin Lokerman (now MCI’s group president) at an event. He was offered the opportunity to help at another event, and Scaillet ended up pouring wine by day and running MCI’s registration by night—probably the exact opposite of what most business-event professionals do. Eventually, Scaillet became European director for Meeting Professionals International (MPI), which had begun its ambitious expansion program beyond North America, and into Europe and Asia.

He flags his achievements at MPI as a career highlight. “I was privileged to be a catalyst in MPI’s expansion outside of North America,” he says. “My team successfully built a robust membership in Europe and then in Asia. I witnessed first-hand the power of community, the transformative way association membership can impact a member’s personal and working life. I’ve built lifelong friendships through association involvement and know so many couples who met as a direct result of volunteering.”

Scaillet, who was appointed CEO for SITE and SITE Foundation in January, is proud and excited about his new role. “I’ve known SITE throughout my 20 years at MPI, and was always struck by the energy, vibrancy and true professionalism of its members,” he says. “SITE is all about the business case for incentives, the ROI of motivational travel. I’m looking forward to helping SITE build out its membership base, increase its global footprint and continue to lead the conversation when it comes to showing meetings and incentives mean business.”