And that positive response was despite a very disruptive 2017 that saw a plague of hurricanes, earthquakes and terrorism in some of the most popular travel destinations. “The incentive travel reward continues to create a catalyst that drives company loyalty in a complex marketplace,” Iannini concludes.

Companies are using incentives to help grow business, improve employee engagement, recruit new employees and enhance the relationship between employees and employer. Plus, they are fun, and the winning travelers get to network and understand each other on a personal level—something that can help get things done when they are back in the office. That sense of loyalty was shown to extend even to those who don’t win the trip. The possibility of a reward is motivating.

While Iannini sees it as a positive sign that nearly half of buyers say their budgets are increasing (corporate respondents said their average spend increased from $3,100 to $5,000 in 2017), the survey reveals some nuances that could influence what trips are booked where in future years. 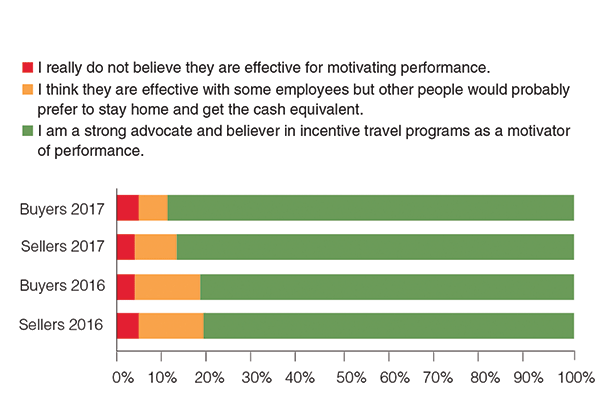 When adding up the costs, getting there (meaning airline tickets) is about one quarter of the budget. That puts travel time and number of days away from the office under the microscope. Some may be reducing the number of people who quality for incentives, creating an elite level of qualifiers with greater rewards for exceptional performance.

Sustainability and green initiatives are overwhelmingly seen as important to all respondents, but almost all corporate clients (94 percent) say one of the top trends having a positive impact on incentive travel is programs making at least a nod to doing something positive. A majority of events now include at least one CSR (corporate social responsibility) activity. When attendees rate programs, often they report that the opportunity to give back or interact with people in the destination has a lasting emotional impact.

The study also reveals plans for increased investment in technology in the coming years. An event app is now a baseline expectation for most programs. It is a critical way to keep attendees informed, provide updates and let people know about agenda changes. It also makes measuring effectiveness of the meeting easy—a key to improving in future years.

But event planners are not stopping there. Virtual reality, augmented reality and artificial intelligence are playing a role in more conferences as a way to maximize participant experiences.

The future of incentive travel is about customization. It starts with choosing destinations that are considered a good value and safe, but the most important factor is appeal to that audience. Once on the ground, the low-tech benefits of an authentic, immersive, cross-cultural experience—with or without thrill-seeking options—take center stage. 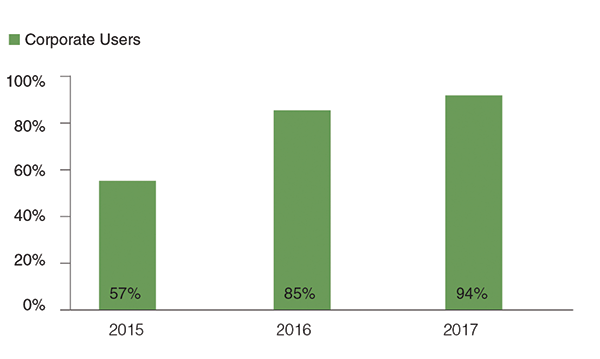