Even small tweaks may make a big difference

You’ve heard the term biohacking and will continue to hear it—experts say it’s not a fad but a phenomenon that will continue to evolve and expand—but did you know what a big tent it already is? Yes, there are the extreme biohackers called “grinders” who embed magnets, chips and even tiny computers under their skin in attempts to turn themselves into cyborgs who can live longer or better.

And there’s the bulletproof coffee guy Dave Asprey, who had stem cells harvested from his bone marrow injected into every joint in his body and has experimented on himself with all manner of nutritional supplements and other bio-interventions. For example, he favors hang time in a hyperbaric chamber, which starves his cells of oxygen but may enhance brain and muscle function. In his highly publicized quest to stave off aging, he says he will live 180 years “at least.”

Not surprisingly, biohacking has its skeptics. “What the current iteration of biohackers is mostly selling is untested (or ‘It worked for me!’) health advice that is supposed to upend science. Trying these things tends to result in wasted money and time at best,” in the words of James Hamblin, M.D., of the Yale School of Public Health.

Yet biohacking does not have to be so sci-fi. Writing for Forbes, futurist Bernard Marr defines it as “human augmentation or human enhancement,” a “do-it-yourself biology aimed at improving performance, health and well-being through strategic interventions.” That can mean anything from meditation to intermittent fasting.

You know something has gone mainstream when leading hospitality companies embrace it. Accor, the Paris-based company whose brands include Fairmont, recently announced that the newly reimagined Fairmont Century Plaza in Los Angeles offers a biohacking program in its spa.

“You know something has gone mainstream when leading hospitality companies embrace it.”

“This first-of-its-kind treatment protocol features state-of-the-art treatments that promote well-being at a cellular level and aim to reduce stress, improve sleep and enhance the recipient’s overall quality of life,” proclaimed a press release.

The treatments involve an anti-gravity chair “featuring a NASA-inspired curve and tilt that promotes relaxation in a meditative state,” a “neuroacoustic headset” to calm the mind and nervous system, compression boots to increase circulation and reduce inflammation; and “LED Face Visors,” which use red, blue and amber light to “generate collagen and improve cellular turnover.”

So what biohacks are best for meeting professionals? Obviously, this is not a one-size-fits-all subject, and most of us don’t have the time or money to invest in hyperbaric chambers, anti-gravity chairs or copious regimens of nutritional supplements. But who can’t heed what Dr. Hamblin, in an Atlantic article, calls “natural biohacks.” 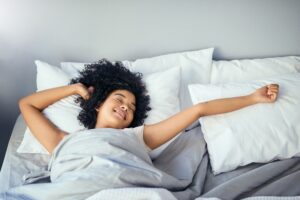 Better sleep: In the hour before bed, no stimulating activities, alcohol or meds with amphetamines; in bed, no phone and keep the room dark. “If the pro-work, anti-sleep culture makes you feel lame and self-conscious about, say, leaving a party to go home and sleep,” advises Hamblin, “try saying, ‘I’m going to go biohack my brain.’ Then run out of the room.”

Eat mindfully: Slowly, locally and sustainably, and with gratitude.

Move your body: The “how” matters less than the “do.” 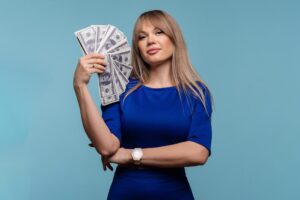 Make money: This one seems odd, but it makes sense. “Wealth is the top predictor of health, globally and throughout history,” Hamblin says. “And get it without compromising your sense of purpose or connection to others, your sense of self via moral decency, or, of course, your sleeping and eating habits.”

Value social connection: Social isolation is linked to all kinds of diseases and despair. Even a dog is great, but attending in-person events works well, too. 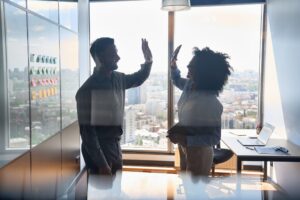 Chase purpose, not happiness: Feeling purpose in your life yields a sense of well-being.

This article appears in the June 2022 issue.

When touching down in a foreign country, the first thing many travelers do is connect to the airport’s Wi-Fi to get caught up on news, posts and messages they missed in the air. However, NordVPN, a virtual private network provider, urges travelers to think twice about cybersecurity. A survey conducted by the company found that […]

The Intersection of Event Tech and Design