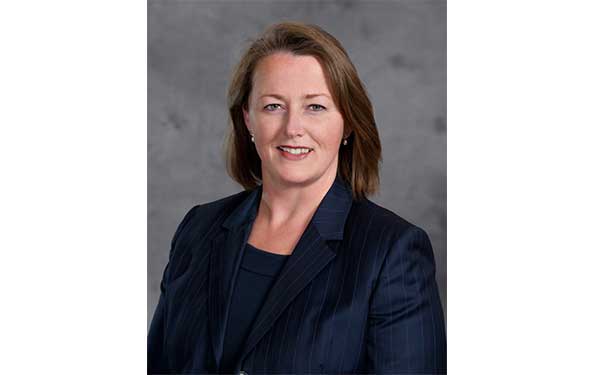 Kirsten Dimond has been appointed vice president of operations for Sands Expo Convention Center in Las Vegas. It is expected that Dimond will bring to the Sands Expo the same customer-centric approach and leadership style that she developed as vice president of hotel operations at The Venetian and The Palazzo, a position she has held since 2005.

“Kirsten is a leader who really understands our company’s culture and our vision for guest service,” said John Caparella, president and chief operating officer of The Venetian, The Palazzo, and Sands Expo. “In her new role, she will continue to focus the team on guest service, with an emphasis on ‘big picture’ improvements to our systems to better serve our customers and guests.”

This new position will give Dimond the opportunity to leverage her expertise in hotel operations as it translates to the operation of Sands Expo. Dimond played significant roles in the opening of the Venezia Tower, The Venetian Macau, and The Palazzo. In addition, the resort’s 5 Diamond/4 Star rankings at The Venetian and The Palazzo have fallen under her leadership, as well as the creation of HODA, the Hotel Operations Development Academy, which focuses on building and strengthening internal talent for the future.

“While we enjoy an advantage over our competition due to our large amount of convention and exhibition space, our true competitive edge has always been with our team members who form true partnerships with the meetings, conventions and trade shows we host,” said Chandra Allison, vice president of sales for The Venetian and The Palazzo. “Large trade shows literally have thousands of ‘moving pieces’ and it takes a well-coordinated team to service them flawlessly. This is not unlike our hotel operation, where Kirsten had been leading the charge among the hundreds of points of coordination among multiple departments to meet the high expectations of our guests.”

Dimond began her career in Germany at the Hotel Stadt Hamburg in Westerland/Sylt. She worked at The Savoy in London, and The Ritz-Carlton hotels in Boston; Sydney, Australia; Seoul, South Korea; and San Juan, Puerto Rico. In 2003 she relocated to Las Vegas, where she began her career at The Venetian, opening the Venezia Tower. She was promoted to vice president of hotel operations in 2005 and assisted in the opening of The Venetian Macau. She led the team in The Palazzo Resort opening in January 2008.

With more than 2.25 million square feet of flexible convention space, The Venetian and Palazzo Congress Center (and adjoining Sands Expo Convention Center) is one of the largest and greenest hotel-based convention centers. The facility features 298 meeting, conference and boardrooms, including the 85,000-square-foot Venetian Ballroom, one of the nation’s largest pillarless ballrooms.

The adjoining (and newly renovated) Sands Expo offers 1.9 million square feet of meeting and exposition show space, and plays host to the Consumer Electronic Show (CES), The Shooting Hunting Outdoor Tradeshow (SHOT Show), Stetson Country Christmas, and G2E (Global Gaming Expo). The Venetian and The Palazzo offer more than 7,000 suites under one roof, and the Sands Expo and Congress Center is within a 10-minute walk of more than 40,000 additional hotel rooms.

The Sands Expo received a multi-million-dollar refresh in 2013, bringing a modern look to the facility, which opened in 1990. The space was extensively “re-envisioned” to facilitate better traffic flow, allow for a more contiguous (and flexible) lobby set up, take advantage of new sound, lighting and data technology; and to provide access to a modern package of guest amenities.