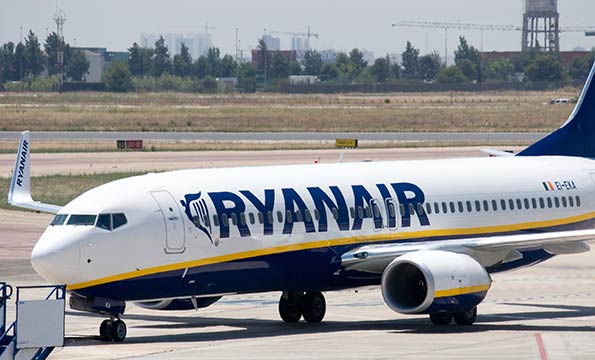 Irish-carrier Ryanair may be the next foreign airline to crack the U.S. market, according to a report by the Financial Times. The budget carrier announced plans for transatlantic service between several U.S. and European cities, including New York, Boston, Chicago, Miami, London, Dublin and Berlin.

The Irish airline is in talks with manufactures to acquire long-haul aircrafts. It could take at least four to five years before flights can roll out. Ticket prices across the pond will be some of the lowest—promotions are already flashing tickets as low as 10 pounds, or about $15. However, the Irish equivalent of Spirit Airlines does tack on extra fees for baggage, seating and other services not included in the ticket price.

Still, the Irish airline’s prices remain far below the typical cost of transatlantic flights which average around $1,000 for a one-way flight. Regular one-way fares through Ryanair are expected to start at 99 pounds, or $148—a fraction of the cost of other international carriers.

Ryanair could receive similar backlash for joining in the lucrative flight route. But for now, it remains to be seen whether or not the low-cost carrier will be able to compete against British Airways, American Airlines and Virgin Atlantic, who currently dominate the transatlantic network. The Dublin-based carrier serves 28 European countries and Morocco, carrying more than 80 million passengers each year.