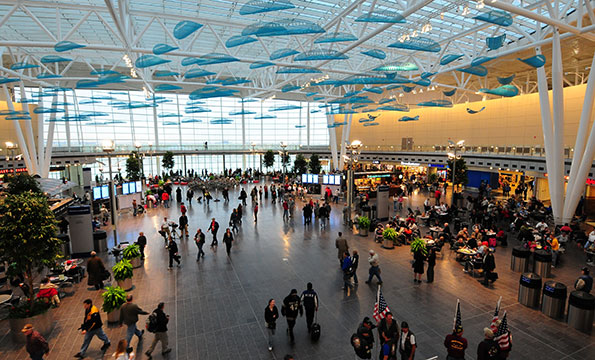 For the fourth time in the past five years, Indianapolis International Airport (IND) was voted No. 1 in North America for airport service quality. Airports Council International (ACI) annually surveys passengers to report on customer satisfaction at airports throughout the world.

IND officials were quick to applaud Hoosier hospitality as a difference-maker. Among the qualities that are taken into consideration in the survey are courteousness of airport staff, the comfort of waiting areas, cleanliness and general ambience.

“This award is a reflection of the people who work here,” says Mario Rodriguez, executive director of IND. “They are the heart of the Indianapolis International Airport. There may be larger terminals but the secret formula for IND is not the facility, not the bricks and mortar. It’s Hoosiers, the Hoosier work ethic and Hoosier hospitality. We also have a great community of people in Central Indiana who fly in and out of our airport and they convey a kindness that travelers, worldwide, notice.”

IND is the first airport in the U.S. to win LEED certification for an entire terminal campus. The only other U.S. airport mentioned in the results of the ACI survey was San Antonio International Airport, which was noted for making the most improvement to service among North American airports.

Here are the other airports recognized for service quality by the ACI: