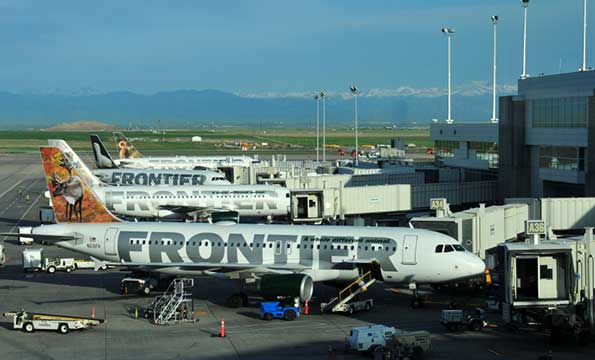 For the second year in a row, Frontier Airlines had the highest consumer complaint rate of the largest U.S. carriers in 2014. United Airlines had the second-highest rate, the U.S. Department of Transportation reported Tuesday on cnn.com.

Southwest's numbers for 2014 included AirTran Airways, with which it recently merged.

Out of 465 passenger complaints about Frontier in 2014, by far the largest number—168—were for "flight problems," defined by DOT as "cancellations, delays or any other deviations."

Another 88 were for "reservations/ticketing/boarding" issues.

A Frontier spokesman says the airline is "laser focused on lowering complaints—we take them very seriously and are working hard to exceed our customer's expectations."