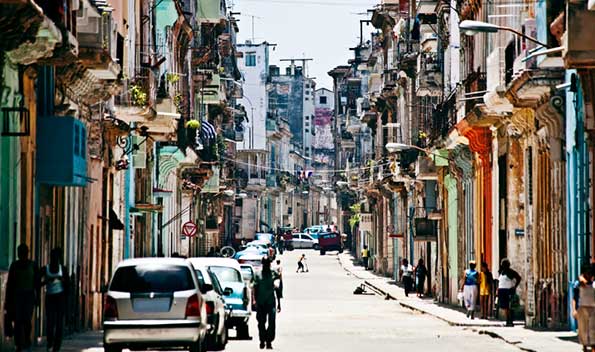 Practically everywhere you go at the Caribbean Travel Marketplace, people were talking about Cuba.

While policies are still developing and a vast array of details need to be worked out, it’s clear that the ability of U.S. residents to more easily visit Cuba will have repercussions for the entire Caribbean meetings industry landscape. Some residents of other islands who attended the marketpace–held at the Puerto Rico Convention Center in San Juan Jan. 28-30–fear that an influx of U.S. visitors to Cuba will take away a significant amount of business from them, while others feel that it will instead create a surge of interest in the entire Caribbean region.

“Initially, I expect that a lot of U.S. residents will want to see Cuba mainly because they’re curious about it, and want to go there right away because they think that its look and feel may change,” says Emil Lee, president of the Caribbean Hotel & Tourism Association (CHTA). “So, it’s important for the Caribbean to promote itself in a way that increases its pool of business. If it doesn’t, the change in Cuba tourism will come at the expense of other islands.”

Lee feels that Cuba has “a long way to go” before it can comfortably accommodate an influx of meeting groups from the United States. One of the major challenges will be to provide not only more hotels and meeting facilities, but ones that provide conveniences that attendees expect.

“Meetings might be highly successful in terms of attendance, but will the infrastructure be good and will the experience be positive for people? Will they meet the expectations of attendees?” Wong asks.

He is confident that the CHTA can play a major role in helping to make the transition positive for the Caribbean in general by accelerating the promotion of it as a top meetings and tourism region. At the marketplace, the CHTA announced that three new executive leadership positions have been created to work with Lee.

“The vision of CHTA has always been there; the problem has been that although things that need to change have been discussed, the ball has been dropped by the executive side,” he says. “We now have an excellent leadership team in place, and we’re poised for greatness. The stars are aligned, and we now need to make it happen.”

In the opening ceremony on Wednesday, Lee described some general initiatives for the next several months, all of which require increasing revenue and collaboration among the Caribbean’s various islands and cultures. His multicultural background is a tremendous asset as CHTA moves forward.

“My parents escaped China with literally just the clothes on their back,” he says. “I was born in New York City and raised in a Jewish neighborhood. I’m now married to a Venezuelan woman and live on St. Martin, an island that is half French and half Dutch.”

(Read more about Cuba and other islands in a story about Caribbean F&B, “A Cornucopia of Flavors,” in the February issue of Smart Meetings magazine. The story can be accessed at smartmeetings.com)

Natural disasters such as Hurricane Fiona can impact flights, power, water and so many other infrastructural necessities. As meeting professionals, what can we do to protect our programs and aid the partners living in these areas?