Conventions customarily are viewed as opportunities for people to share and enrich their knowledge about a particular field or interest, network with others and experience some of the top features of the destination.

This was one of the central findings of a new report, Defining Conventions as Urban Innovation and Economic Accelerators, from Meetings Mean Business (MMB) and Skift.

“The meetings industry is becoming a global innovation distribution channel,” says Richard Harper, co-chair of Meetings Mean Business and executive vice president of HelmsBriscoe. “To put it more simply, when destinations host conventions, money is pumped into local economies, helping to drive long-term economic development and innovation. This can lead to the development of advanced and creative industry sectors, as shown by the many case studies throughout the report.”

Many city leaders are working with CVBs as they aggressively attempt to commercialize the innovative ideas that are generated at conventions much more systematically for the benefit of their local community, according to the report. For example, tech, scientific and engineering conferences in Chicago led to the creation of 1871, a tech incubator developed by World Business Chicago that includes hundreds of local organizations.

Some cities—such as Portland, Oregon (clean tech) and Washington, D.C. (health-care IT)—have carved an innovative tech niche for themselves. Conventions give their governments, economic development agencies, academics and researchers an opportunity to have face-to-face interactions with participants, thereby accelerating progress and potentially expanding their talent pools.

CVBs invariably face the challenge of demonstrating the lasting benefits of conventions, however. A majority of the CVB executives surveyed for the report believe that if their CVB was better able to demonstrate the long-term economic impact of conventions, it would validate requests for more public funding.

“[Tracking long-term impacts] is a new area and not as straightforward as the direct economic impact from a conference,” Harper says. “The type of legacy impact also varies by conference and destination, so there isn’t a consistent model we can use. But this report is a big step.”

Virginia: How Do We Love Thee?

3 Non-Obvious Trends Every Meeting Professional Should Know In 2021 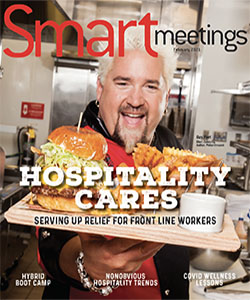 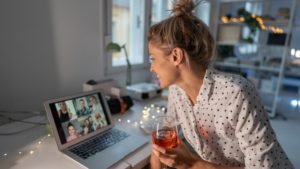