Atlanta has long been viewed as the cradle of the American Civil Rights Movement. It was the birthplace and boyhood home of the Rev. Martin Luther King Jr., and the meeting place for organizers from the Student Nonviolent Coordinating Committee, Southern Christian Leadership Conference and Congress of Racial Equality.

Unlike other urban cores that erupted into violence in the turbulent 1960s, Atlanta served as a hub for peaceful discourse on the topic of race relations, and was a shining example of a place where black and white individuals could work together. It has a proud history of racial cooperation and tolerance, and its unofficial motto is “the city too busy to hate.” It’s no surprise that Atlanta has spawned two Nobel Peace Prize winners—one black (MLK) and one white (former President Jimmy Carter, who was born in rural Georgia but attended college in Atlanta).

A Proud History of Civil Rights

Those interested in tracing the evolution of civil rights in the United States will find a plethora of preserved history at the Martin Luther King, Jr. National Historic Site in Atlanta’s Sweet Auburn neighborhood. The 35-acre site includes a museum; visitors center; and MLK’s home, church and grave, among other attractions. It is a must-see tribute for those who want to learn more about the heritage and legacy of the brave visionary who called for social change in an era of segregation.

Yet as evidenced by recent events in Ferguson, Missouri, and Staten Island, N.Y., there is a continued need to fight for social justice and racial understanding. On June 23, the Center for Civil and Human Rights opened near Atlanta’s bustling Centennial Olympic Park. This new museum connects the past to the present by addressing broader contemporary human rights struggles around the world.

Streetcar Connects the Past to the Present

Although it was designated a National Historic Landmark in 1976, there was no direct public transportation routes for those who wanted to visit the Sweet Auburn historical district. After decades of planning, Atlanta recently solved the problem with a $92.6 million light-rail addition to the city’s Metropolitan Atlanta Rapid Transit Authority (MARTA) system.

Unveiled December 30, the modern electric streetcars follow a 2.7-mile east/west loop—effectively linking MLK’s old neighborhood to the downtown district, where hotels and many popular attractions such as the World of Coca-Cola, Georgia Aquarium and new College Football Hall of Fame are located. With this exciting new project, the city has (literally) connected the past to the present.

“The streetcar acts as a connector between the past and present,” says Rachel Peavy, Atlanta Convention & Visitors Bureau’s director of communications. “At the Martin Luther King Jr. National Historic Site, visitors can tour the house King was born in, visit Ebenezer Baptist Church, where he and his father preached, pay their respects at the tomb where he and Coretta Scott King are buried, and be inspired at the King Center, a resource and archive center. They can visit Fire Station No. 6, one of the South’s first desegregated firehouses, and stroll the International Civil Rights Walk of Fame, which features the shoe prints of civil rights pioneers.

“Then, they can take the streetcar two miles to learn about the broader history of the American Civil Rights Movement, as well the global civil rights movement at our newest attraction, the Center for Civil and Human Rights. In the past, this was not walkable. The new streetcar creates accessibility between the two areas,” Peavy says.

LaTasha Smith, director of communications at the Center for Civil and Human Rights, emphasizes that the new center is not in competition with the King Center. “We are a complement to it. We help people understand civil rights as part of a larger umbrella of human rights,” she says.

The Center for Civil and Human Rights explores immigration and child labor issues, as well as women’s and LGBT rights. Permanent exhibits include personal documents and artifacts from MLK’s life, as well as a lunch counter similar to the ones where black students staged sit-ins demanding to be served food alongside whites. A popular destination for school groups, the center attracted large crowds over the recent MLK weekend and during February’s Black History Month. Meeting planners can rent out the light-filled facility for events.

Another culturally rich museum in Atlanta’s Sweet Auburn district is the APEX (African American Panoramic Experience) Museum. Their slogan is, “Where Every Month is Black History Month.” In the space, which can be rented out, history is viewed from an African-American perspective. Exhibits focus on Atlanta’s black-owned businesses and pioneers, both past and present.

In many ways, the city is still a black mecca. Affluent African Americans such as hip-hop artists Usher and Ludacris, as well as filmmaker Tyler Perry, call the region home. In addition, Atlanta’s metropolitan area boasts the highest proportion of middle-income African Americans in the country. This may be because the many black colleges in the area (Clark Atlanta University, Morehouse College, Morehouse School of Medicine and Spelman College) produce educated graduates who remain in the city and go on to become civic leaders and business owners.

Since 1973 Atlanta has consistently elected black mayors; two of whom (Andrew Young and Maynard Jackson) have enjoyed prominence on the national stage. The current mayor of Atlanta, Kasim Reed, is African American, as are Chief of Police George Turner and the majority of the Atlanta City Council.

Yet in a demographic shift similar to what is happening in Washington, D.C., the racial and ethnic breakdown of the city is shifting. More whites are moving to the historically black metropolis. The percentage of Caucasians in Atlanta has grown from 33.2 percent of the total population in 2000, to 38.4 percent in 2010—more than double the increase from 1990 to 2000. Whites are choosing to live in gentrifying downtown neighborhoods, such as East Atlanta and the Old Fourth Ward. At the same time, a growing number of African Americans are relocating to adjacent suburbs such as Clayton County.

Many different ethnic groups live harmoniously in the racially diverse, tolerant city. Over the past two decades, Korean, Chinese, Vietnamese, Latino, East Asian, Eastern European and African immigrants have formed vibrant communities in the Greater Atlanta area. More than 200 native languages are spoken in the city.

Atlanta also has one of the highest LGBT populations per capita. It ranks third of all major cities, behind San Francisco and Seattle, with 12.8 percent of the city’s total population identifying as gay, lesbian, bisexual or transgender. The annual Atlanta Pride Parade is the largest in the southeast, attracting more than 300,000 participants. The city has numerous gay bookstores, businesses and nightclubs.

Atlanta was an undisputed leader in changing the course of civil rights in America. With its wide choice of high quality hotels, convention centers and attractions, the progressive southern city continues to be a leader in the minds of meeting planners, who want to host their events in a locale that welcomes and respects diversity.

The College Football Hall of Fame and Chick-fil-A Fan Experience relocated from South Bend, Indiana, to downtown Atlanta in August 2014. Connected to the Georgia World Congress Center, the 94,000-square-foot facility presents a great opportunity for meeting planners seeking a dynamic and interesting new space. There is 50,000 sq. ft. of unique event space, including a 45-yard indoor playing field that can accommodate 900 people seated and up to 1,450 standing. The facility boasts interactive exhibits, historic artifacts and an ultra-high-definition 4K theater.

“Venues like the College Football Hall of Fame open up a new world of possibilities for meeting planners who select Atlanta,” says William Pate, president and CEO of the Atlanta Convention & Visitors Bureau.

Two other sporting projects under construction will provide further options for planners. The Atlanta Falcons’ $1.2 billion retractable-roof stadium is slated to open in time for the 2017 NFL season. In addition to serving as home for the football team, the new stadium expects to host approximately 75 convention, meeting and sporting events per year. City officials hope the state-of-the-art facility will help attract marquee events including the Super Bowl, FIFA World Cup and NCAA BCS Football Playoff.

The Atlanta Braves are also relocating to a new, $672 million open-air stadium 10 miles north of Atlanta. Suntrust Park, which will seat 42,000, is projected to be open in time for the 2017 baseball season. A $400 million entertainment complex will surround the stadium and feature more than 700,000 sq. ft. of retail, restaurant, residential, hotel and office space.

For the 17th consecutive year, Hartsfield-Jackson Atlanta International Airport (ATL) was voted the world’s busiest airport. Rankings are based upon passenger totals. More than 96.17 million passengers passed through ATL in 2014, an increase of 1.85 percent, or more than 1.7 million travelers, over 2013. International flight operations rose by 10.07 percent—from 67,948 in 2013 to 74,791 in 2014.

In addition to being the world’s busiest airport, Mayor Kasim Reed notes it’s been recognized as the world’s most efficient airport for more than 11 years. It contributes more than $34 billion in direct business revenue to the local economy, and employs more than 63,000 people.

It is easy and convenient for meeting planners who schedule their events at College Park to connect to the world-class airport, as well as the Georgia International Convention Center and more than 5,000 guest rooms at leading brand hotels. Located just 10 minutes from downtown Atlanta, College Park offers meeting professionals everything they need, in one easy package.

In 2014, Atlanta broke records for major citywide conventions and hotel occupancy. The city hosted 21 citywides in 2014, resulting in an estimated $750 million in direct economic impact. Citywides drew nearly one million attendees, significantly bolstering hotel occupancy. Smith Travel Research reported that as of November 2014, Atlanta had the highest growth rate in occupancy among the top 25 U.S. markets. Convention hotels were a key part of the growth, with an 11 percent occupancy growth from group meetings.

World of Coca-Cola
Attraction dedicated to the soft drink that debuted in Atlanta in 1886; accommodates up to 2,000 guests in various areas; 160,000 sq. ft. of flexible outdoor green space can be tented. 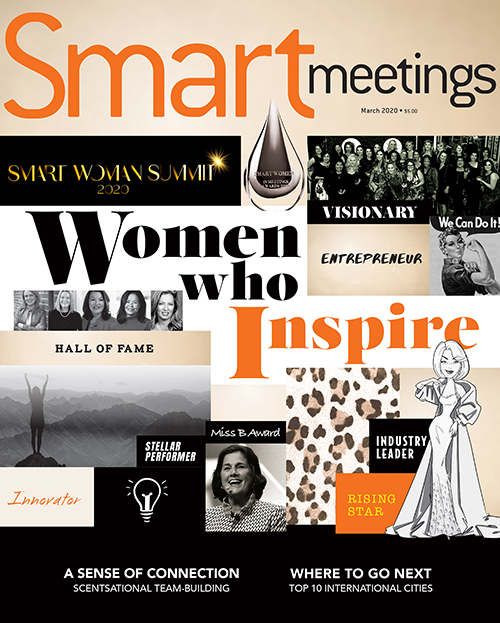 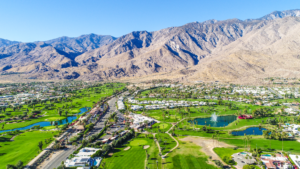