Responding to President Donald Trump’s recent tweets criticizing Baltimore as a “disgusting, rat and rodent infested mess,” the leader of the city’s destination marketing organization fired back that it is an attractive city that has plenty of outstanding options for meeting groups and tourists.

“We have a dedicated team ready and able to deliver customized experiences that your attendees will never forget,” said Al Hutchinson, president and CEO of Visit Baltimore. “Baltimore offers the perks of a big city without the price tag, plus the added bonus of being located directly on the waters of Chesapeake Bay. The Baltimore Convention Center campus and Royal Farms Arena are just steps away from beautiful waterfront views. With new hotels, restaurants and entertainment options popping up all over Baltimore, the city is consistently serving up fresh new experiences for meeting attendees.”

Hutchinson singled out Hotel Revival, which opened in May 2018, and Sagamore Pendry Baltimore, which debuted in March 2017, as two of the city’s newest boutique hotels that offer excellent spaces for meetings and events.

Canopy, Hilton’s newest hotel brand, will soon debut a 156-room property at Harbor Point, a 3 million-square-foot waterfront development site between Harbor East and historic Fell’s Point. The hotel will feature a first-floor waterfront lobby and a restaurant with an outdoor terrace, offering dramatic views of the Inner Harbor atop the 12-story Wills Street Wharf mixed-use building.

Among the other unique and unusual venues is Heron Room, which is tucked into a historic sailcloth mill overlooking the Jones Fall stream. It features a stylish, rustic setting with stone walls, exposed ceilings and modern updates. Also, The Sagamore Spirit Distillery, a waterfront whiskey distillery, features private events that include tastings and tours, as well as specialty tours that include sunset cruises, group bottling and cocktail lessons.

“We know there are many positive things happening in our city daily that deserve to be on display,” Hutchinson said. “The city has so much to offer—from our celebrated Inner Harbor and world-class art scene to our African-American heritage and history. It’s worth visiting and worthy of investment; Baltimore is a wonderful place to live, work and play.”

Visit Baltimore recently launched a campaign, We’d Love to Meet You, which is targeted toward the meetings and conventions industry, and highlights experiences for meeting attendees outside the meeting room walls. 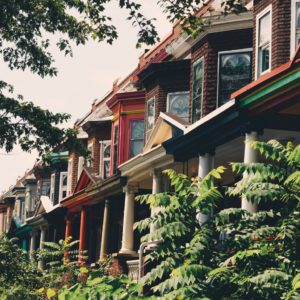 “We highlighted popular experiences like visiting the American Visionary Art Museum, participating in a tasting at Sagamore Spirit Distillery and connecting over cocktails at a tucked away speakeasy called The Elk Room,” Hutchinson said. “One of my new favorite spots where I love to refer jazz-loving visitors is Keystone Korner, a premier jazz and dinner club by NEA Jazz Master Todd Barkan and chef Robert Wiedmaier, located in Harbor East.”

Hutchinson emphasizes that Charm City features a wide diversity of other experiences.

“Baltimore offers the authentic city experience that today’s traveler is seeking,” he said. “Sports enthusiasts can catch an Orioles or a Ravens game, foodies can check out our thriving restaurant scene and history buffs can tour our historic neighborhoods and sites, including the storied Fort McHenry National Monument. These attractions can help to make any meeting a truly memorable experience.”

He invited Trump to visit Baltimore to see its many virtues, and called his criticisms “unprecedented.”

“This is an unprecedented verbal attack, and it’s unbecoming for our nation’s leader to continually criticize and attempt to debase a Great American City,” Hutchinson wrote in a statement. “Our country’s elected officials have influential voices. Words matter, including those that are distributed via social media.

“We invite President Trump to pay a visit to Baltimore so that he can better understand what’s really going on here—and that our city is home to hard-working families, as well as tech innovators, creative entrepreneurs, renowned chefs, rich history and a world-class arts scene.”