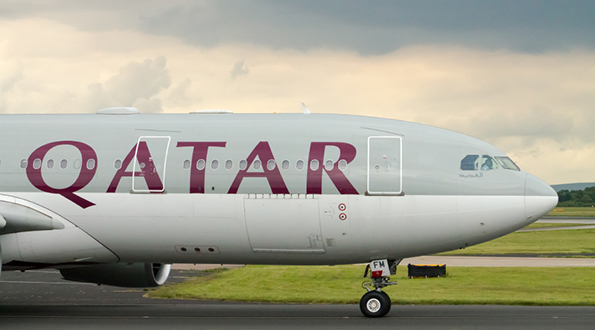 The growing emergence of Arab nations as business destinations was highlighted Thursday when the world's newest jetliner, the Airbus A350, carried its first paying passengers from the Gulf Arab nation of Qatar.

The Qatar Airways flight marks the debut of the relatively lightweight, twin-aisle, long-range plane, which promises to connect smaller cities with major aviation hubs nonstop at a cheaper cost for airlines, according to cnn.com.

The A350 is the third — and final — major new aircraft in a decade. The A350's lightweight design allows it to burn significantly less fuel than other jets of similar size.

The A350 can fly 276 to 369 passengers, depending on seating configuration. Qatar's version has 36 business class seats that turn into fully flat beds.

The  airline has orders for 79 more.

Qatar Airways' larger Gulf rival, the Dubai-based Emirates, also had plans to operate the A350. But it scrapped an order for 70 of the planes last June after what it said was a "fleet requirement" review.