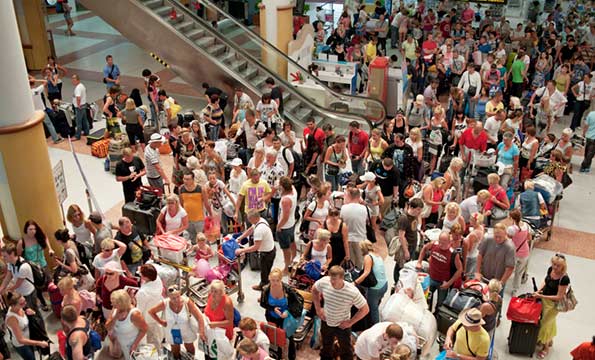 If you want better efficiency on your next flight, or even in the airport itself, you might have to pay for it, and a new survey says many are willing to do just that.

*  58 percent are willing to pay up to $4 more per ticket to fund airport improvements projects that would help airports accommodate more airlines, improve facilities or reduce delays in and around the airport.

When told that taxes and airline fees account for 13.7 percent of their ticket price, the number of respondents still willing to pay an extra $4 holds at 80 percent.

However, more than seven in 10 travelers feel today’s options are just not enough.

“Because travel consumers are very astute, we’re not at all surprised to learn that they are willing to pay for something that provides them with a tangible benefit,” U.S. Travel Association President and CEO Roger Dow says.

Dow says the survey points to a common theme: a lack of competition among airlines.

A majority of travelers feel the number of carriers in their market are not convenient enough, and many also oppose the rollback of “Open Skies” aviation agreements that allow foreign carriers to compete in the U.S. market and vice versa.

More than 1,000 interviews were completed in March and included travelers over 18 years of age who have flown at least once in the past year.

For more, go to ustravel.org